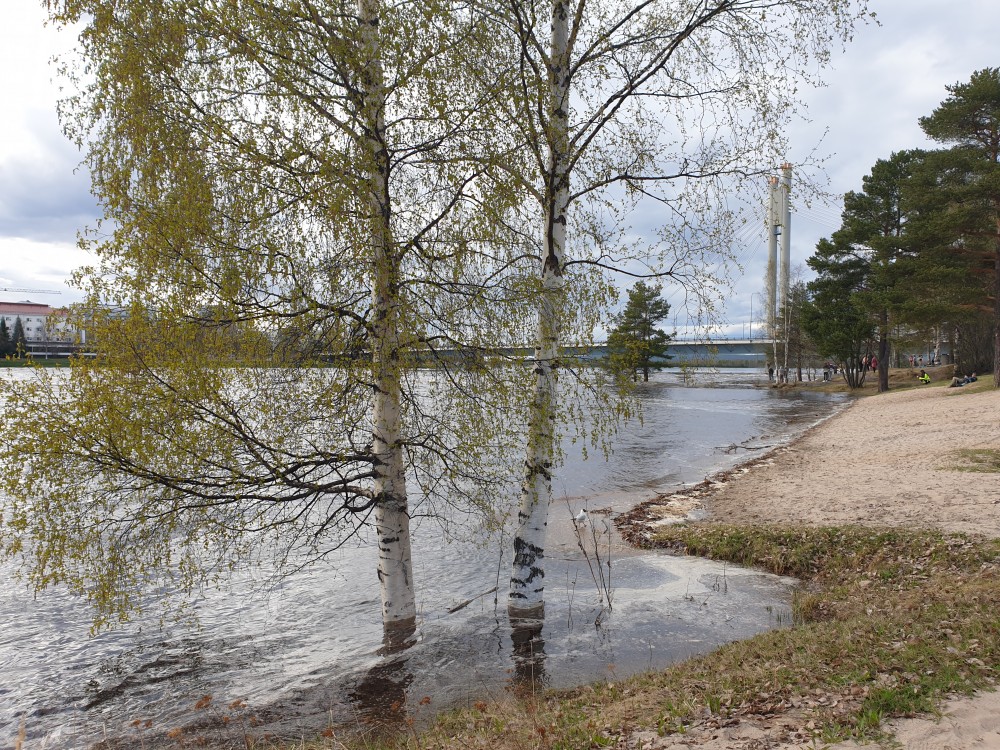 Rising water on the banks of Kemijoki river in Rovaniemi. Photo: Jenni Lintula

Barents region prepares for flooding after snowiest winter in years

In Rovaniemi, the largest city in Finnish Lapland, water will rise close to the peak at the end of the week. Flood warnings are also issued for Northern Norway.
Read in Russian | Читать по-русски
By

Spring flood in Rovaniemi is expected to exceed the damage limit or even reach the level of the 1993 flood, Finland’s Centre for Economic Development, Transport and the Environment (ELY Centre) informs. Well-known landmarks like the Arctic Centre museum is preparing protections from the flood.

It could be a one-in-fifty year flood. The meltwater comes after the snowiest winter in 60 years in Lapland.

Rivers have been on the rise since the last few days’ heatwave has caused snow to melt quickly. Like northern Norway, also Finnish Lapland has seen a record amount of snow this winter.

Both Kemijoki and Ounasjoki will reach the highest water levels during next week, according to ELY Centre. The water levels will rise about 1,5 to 2 meters from the current level.

Damage warnings are issued for both Rovaniemi and Kittilä, while Ivalojoki further north in Lapland is not expected to exceed damage levels.

In northern Norway, where snow melting is weeks behind normal after a long-lasting winter with a record amount of snow, the chances for floods are considerable, the Norwegian Water Resources and Energy Directorate informs.

Big rivers like Tana and Målselv are under special watch, but the directorate says it is still too early in the spring to conclude.