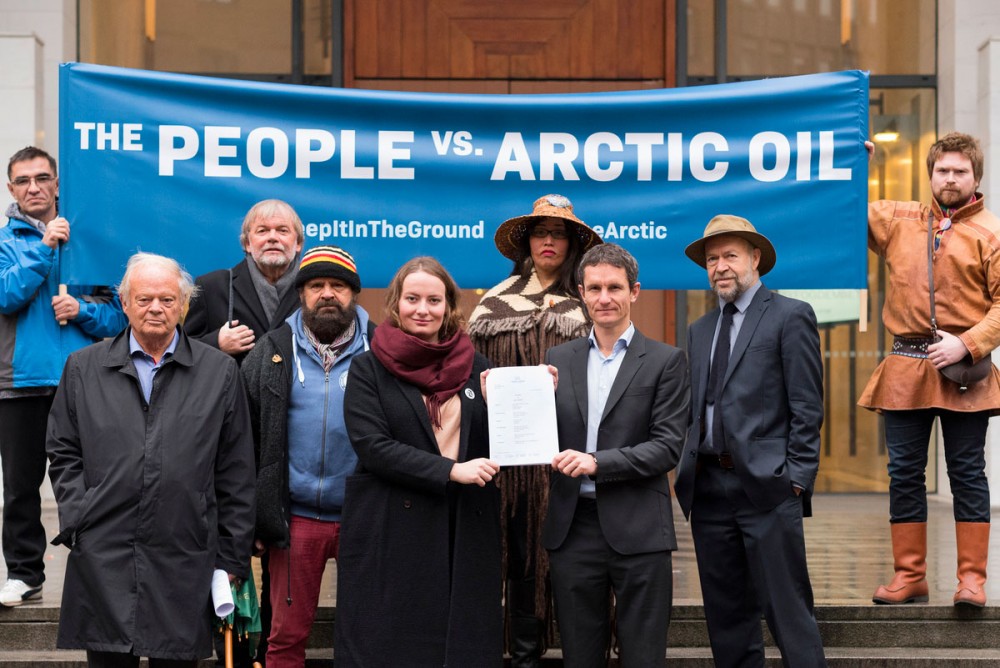 The highest court in the country will take on case branded as "the People vs Arctic Oil" on November 2020. Photo: Christian Åslund, Greenpeace

The verdict will have either have fatal or fantastic consequences for our future, the environmentalists say.
Read in Russian | Читать по-русски
By

After losing two lower courts, four Norwegian environmental organizations in April this year got acceptance to bring their case against Arctic oil drilling in the Barents Sea in for the country’s highest court.

The case hearings will start on 4 November, Greenpeace Norway announces.

Seven full days have been set aside for the case, and all 19 judges of the Court will attend. It will be an extraordinary court process. Only 10 percent of cases in Norway are taken to the Supreme Court, and very few of them are assessed over this many days.

It was in 2016 that the organizations sued the Norwegian state for the opening of new oil drilling in the Barents Sea through the 23rd licensing round.

The environmentalists argue that Arctic oil drilling will contribute to more harmful climate gasses to the atmosphere and consequently contradict Article 112 in the country’s constitution.

That article says that the State has an obligation to guarantee citizens’ rights for a secure climate.

No other countries in the circumpolar Arctic have allowed for oil drilling further north than Norway.

“We the people have a constitutionally granted right to a healthy environment. Now, it’s up to the Supreme Court of Norway to make it a reality,” says Frode Pleym, head of Greenpeace Norway.

“Whatever the outcome may be, this judgement will be historic, and have real consequences for the world and for our human rights,” he adds.

People must be aware that they have a Constitutional right to a healthy environment, the organizations underline.

“The Supreme Court’s decision will either have fatal or fantastic consequences for our future. It is crucial that people recognise the importance of that,” says Therese Hugstmyr Woie, head of Young Friends of the Earth Norway.