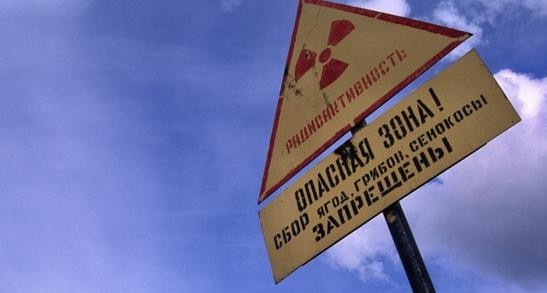 Invisible for humans, but detectable for radiation-filters. A cloud with tiny levels of radioactivity, believed to originate from western Russia, has been detected over Scandinavia and European Arctic.
Read in Russian | Читать по-русски
By

First, in week 23 (June 2-8), iodine-131 was measured at the two air filter stations Svanhovd and Viksjøfjell near Kirkenes in short distance from Norway’s border to Russia’s Kola Peninsula. The same days, on June 7 and 8, the CTBTO-station at Svalbard measured tiny levels of the same isotope.

CTBTO is the global network of radiological and seismic monitoring under the Comprehensive Nuclear-Test-Ban Treaty Organization.

Norway’s nuclear watchdog, the DSA, underlines that the levels are very small.

“We are currently keeping an extra good eye on our air-monitoring system,” says Bredo Møller with DSA’s Emergency Preparedness unit at Svanhovd.

While iodine-131 is only measured in the north, in the Kirkenes area and at Svalbard, Swedish and Finnish radiation authorities inform about other isotopes blowing in the skies over southern Scandinavia.

Bredo Møller says to the Barents Observer that his agency can’t conclude there is a connection between what is measured up north and what his Scandinavian colleagues measured in week 24.

“As part of our good Nordic cooperation we are currently exchanging data,” he says.

STUK says the measurements were made in Helsinki where analysis is available on the same day. “At other stations, samples are collected during the week, so results from last week will be ready later.”

Likely from a reactor

All these isotopes indicate that the release comes from a nuclear-reactor. Iodine-131 has a half-life of 8 days, and given the small amount measured in the north, this isotope could be gone before the radioactive cloud reached the southern parts of Finland and Sweden a week after the first measurements in the north. That be, if the release was somewhere in the Arctic or northwestern Russia and winds were blowing south or southwest.

Neither of the Scandinavian radiation agencies will speculate about the origin.

“It is not possible now to say what could be the source of the increased levels,” writes the Swedish Radiation Safety Authority in a statement. Also the Swedes underline that the levels are low and do not pose any danger to people or the environment.

In the Netherlands, though, the National Institute for Public Health and the Environment (RIVM) has analyzed the data from Scandinavia and made calculations to find out what may have been the origin of the detected radionuclides.

“These calculations show that the radionuclides came from the direction of Western Russia,” RIVM concludes.

Senior Nuclear Campaigner with Greenpeace Russia, Rashid Alimov, says to the Barents Observer that the composition of the isotopes strongly indicates that the source is a nuclear reactor or a spent fuel element from a reactor.

“The Russian monitoring systems have not reported any unusual levels of radioactivity in June,” Alimov says, emphasizing that could be due to delayed publication of data.