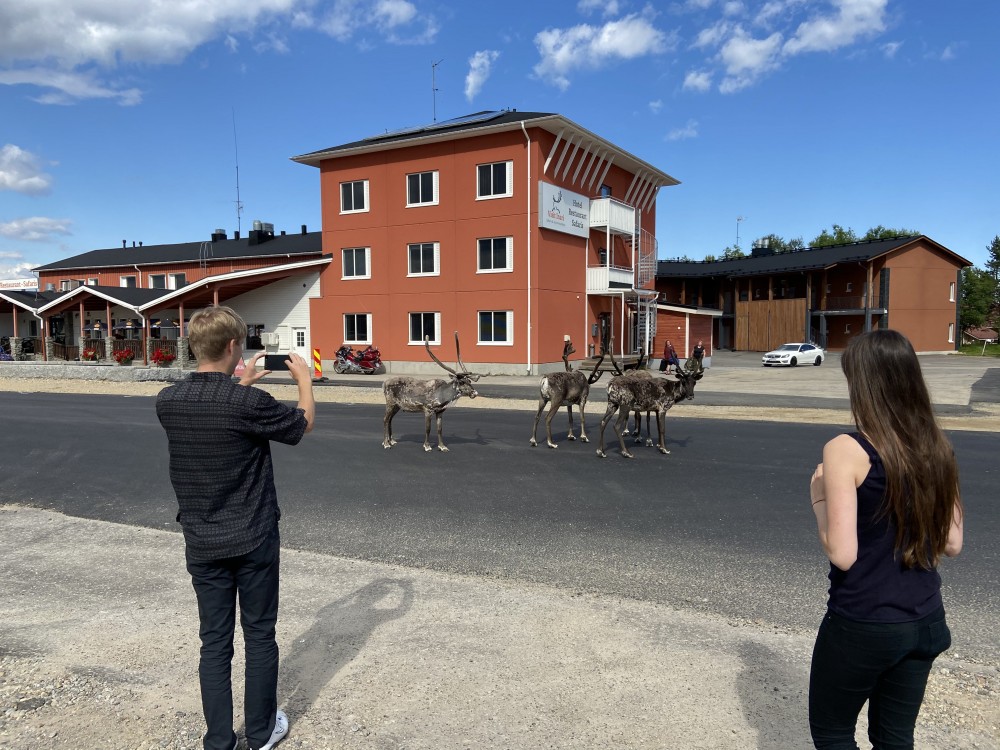 While most of the Finnish north is in demographic crisis, Inari struggles to find housing for all its newcomers
Read in Russian | Читать по-русски
By

Vast majority of Lappish municipalities are facing the issue of population decrease. New people are simply not moving in, while the population gets older each year. This is a problem that has been looming over Lapland for years, and is putting many areas at risk of losing their vitality and basic services. Inari is among the only two municipalities that have succeeded in increasing their population, a trend which is not expected to dial down any time soon.

If you are driving through Inari municipality, it will most likely seem like many other places outside the urban centres; quiet, beautiful and perhaps a little boring. On the outside, at least. Inari is the largest municipality in Finland, totalling 17,334 square kilometres. It is also one of the most sparsely populated, with the population of 6,862 in 2020. This means that only 0.46 persons per square kilometer. The biggest centres of population are Saariselkä, Ivalo and Inari, with almost nothing between them but forest and lakes.

While the towns and villages seem small and quiet, they are full of life if you look any deeper. Perhaps this is why the municipality was taken by surprise a few years back and faced an unusual problem — there was not enough housing in the area. For no apparent reason, more and more people were looking to move to the area and were unexpectedly left without accommodation. This is an unusual problem for a municipality so far away from urban centres, especially when no big structural changes had happened.

Inari faced a moving frenzy and between the years 2015 and 2019 the municipality had more than 116 new permanent residents according to Statistics Finland, excluding seasonal workers.

While the amount of people moving in seems relatively small, this is no small thing. According to Statistics Finland, most Lappish municipalities will lose a significant amount of their residents in the next decades. Some municipalities are estimated to lose as much as 25% of all their residents. Unlike the others, Inari is expected to gain further 3% until the year 2040. In this light, even a small increase is notable.

According to the municipal manager Toni K Laine, this was never the municipality’s goal; ‘‘Our intention has never been to achieve great population growth, our goal has been to ensure that we can meet the needs of the local economy and businesses,’ he says. Laine goes on to explain that the most desireable for the municipality is to have a steady growth, which will assure that the municipality will be able to provide all the necessary services to its inhabitants.

But even if that has not been their intention, the people have different ideas. Laine sees that one of the main attractions of the municipality is its nature and services. ‘‘When thinking about potential movers coming from Finland and Europe, Inari has been successful in picking out the ones who are interested in living close to nature and in a beautiful environment’, Laine explains.

This all makes sense — Inari has beautiful nature and good basic services. In addition, Inari attracts tourists from all around the world, which in turn brings jobs to the area. Over 84% of the jobs in the municipality are from different types of service jobs. Having stable jobs makes moving a lot easier and there is no denying that Inari municipality is very lively and beautiful. From the gorgeous lakes to the midnight sun in the summer, and stunning northern lights in the winter, Inari has it all. But there are many other beautiful places in Lapland — so why Inari?

David Kelemeny ended up in Ivalo as many others — he came to work as a wilderness guide for a season in 2015. Originally from Hungary, Kelemeny has lived and worked in 4 different countries and already lived abroad for 11 years before moving to Ivalo permanently in 2018. He knew from the start that Inari would be a good place for him and he feels at home with the locals. ‘You don’t always need to talk, if you are silent for an hour and look out the window, no one is going to question your mental health’’ Kelemeny says. As for many, Kelemeny was also attracted to the nature of the area; ‘I knew Finland has a lot of similar nature to what we have in Hungary, so I was always really attracted to the country,’ he explains. Kelemeny thinks that the Inari’s appeal is the sum of everything that the municipality has to offer; ‘culture, Sámi culture, places to do multiple types of winter sports. There are work opportunities, because it is so popular among tourists so you can earn money and establish a life for yourself’, Kelemeny lists.

But what made Kelemeny decide to stay for good was, of course, love. He is getting married to his fiancé this summer, and has no plans to go anywhere else. Finding yourself in love in a foreign country might be stressful for some, but not for Kelemeny. ‘I cannot see anything in the future that would make me go somewhere else,’ Kelemeny concludes.

Kelemeny is not the only one who ended up in Inari almost by chance. Ida Lassila moved to the Inari village last autumn, and she has no plans of leaving either. Originally from a small town in Pälkäne municipality in Southern Finland, Lassila came to Inari village for the first time on a whim with a friend. Not knowing that she would fall in love with the place and move over later, and is even involved in municipal politics now. ‘The people here are out of the ordinary,’ she says. ‘They have big personalities and I like that,’ Lassila says. She is not wrong — the municipality attracts people from all walks of life. Fishers, hippies and general adventure seekers (and everyone in between) have long been flocking to the area to catch a feel of the Northern way of living. ‘Of course there would be other places to move to as well, but there is something special about the interactions amongst the people here,’ Lassila explains.

The people here are out of the ordinary

The Sámi Education Institute (SAKK) has been attracting students to the area for decades, many of whom will stay after their studies too. Lassila arrived first to study as well, but found the polar night period too challenging and was struggling to find a good place to live outside the halls of residence. ‘I left then, but Inari has always been on my mind — and when I graduated I thought that this is my chance to come back,’ Lassila explains. ‘I think there is a special culture here, not only Sámi culture, but the local one too and that fascinates me,’ she continues. Lassila is especially pleased with the community feel of Inari village — people are willing to help their neighbour without expecting anything in return.

But as always, with the influx of movers, comes concerns too. Thriving force that attracts new residents to the area is the beautiful nature and peaceful living, which could be compromised in the future if more people move in and the infrastructure changes. According to Iida Lassila, Finland is starting to have fewer and fewer areas with untouched nature, which can be concerning. ‘I have wondered about what happens if more and more people move here,’ she says. ‘I was also thinking about whether I have permission to be here and can I be myself,’ she explains. These are valid concerns for someone moving to a smaller village, where there is not the same kind of anonymity that cities offer.

The thought of Inari becoming overflown with people and industry seem to be hypothetical threats for now — the truth is that there are still more people dying than being born each year in Inari. In order to thrive in the future as well, the municipality needs to attract movers from around Finland and beyond. So far, it seems that Inari does not require a marketing team, but the outstanding natural beauty and its friendly residents are enough to attract new people to the area.

Municipal Manager Toni K Laine agrees that newcomers are helping to create a healthy place for all residents; ‘I have a very optimistic view about the future, compared to a lot of other areas outside urban centres. Inari is in a great position to be a prosperous municipality now and in the future, as well,’ he concludes.

It seems that love and nature are the most important things attracting new people into the area. Of course, the real reasons for moving are varied; some move for adventure, others for family and others for job or school. No matter the reason, Inari has proven to be a wonderful place for newcomers.