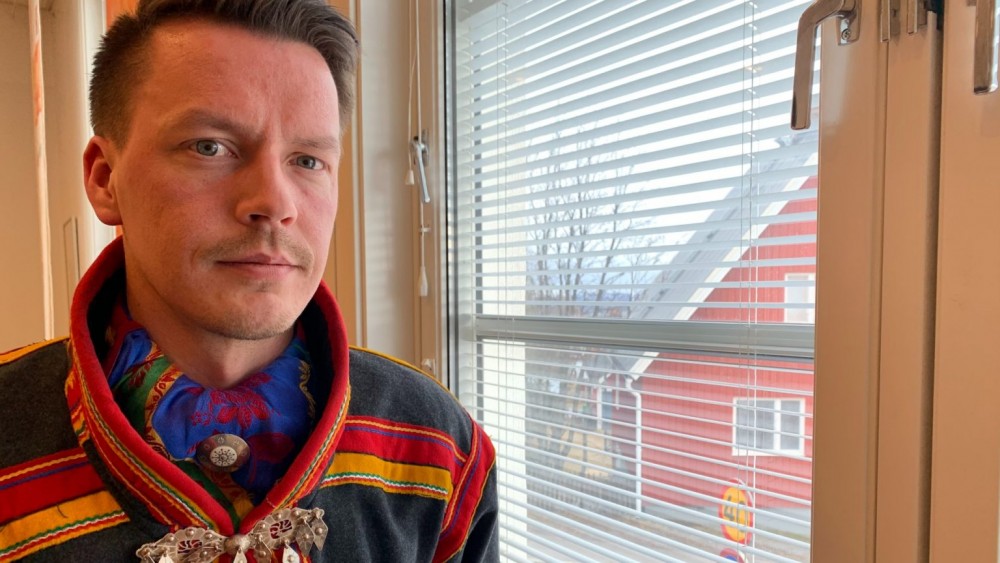 Exposing people to the breadth of different Sami languages is an important part of this week’s events, says Lars Miguel Utsi chairman of the Language Committee at the Sami Parliament in Sweden (pictured here in Kiruna, Sweden in 2019). “In this way, it also becomes clear how language can be a unifying force and strengthen the Sami community,” he says. Photo: Eilís Quinn/Eye on the Arctic

Sami Language Week is underway this week in Finland, Norway and Sweden and everyone is being encouraged to make Sami languages as visible as possible, no matter how small the action may seem.
Read in Russian | Читать по-русски

Besides numerous planned events in the three countries, organizers are asking everyone to get involved and think about how to make Sami languages more visible in everyday life whether it be translating a menu into Sami, displaying Sami-language books in the library, using the Sami language on social media or saying “I love you” in Sami to someone you care about.

In Sweden, dozens of Sami-language signs have also been made up that anyone can print out and hang in their homes, schools or businesses to make the language more prominent. The signs give a word in Swedish, followed by translations in North Sami, Lule Sami, South Sami and Ume Sami.

“We want our rich Sami languages ​​to be heard, seen and used throughout the week,” said Ingegerd Vannar, supervisor at the Sami Language Center, in a news release. Vannar also encouraged everyone to use the Sami Language Week hashtags.

There are eleven Sami languages and numerous dialects spoken across the Sami homeland but according to UNESCO, all are in danger. Their classifications range from “definitely endangered” for North Sami, the most widely spoken Sami language with most estimations averaging around 25,000 speakers; to “critically endangered” for Pite Sami which is now extinct in Norway but is believed to still have around 30 speakers in Sweden.

The first Sami Language Week was held in 2019 to coincide with the International Year of Indigenous Languages. It was considered a success and now the Sami parliaments in Finland, Sweden and Norway are hoping to make the event an annual occasion.

Because of COVID-19, many events have been pushed online. In Sweden, the Sami Language Centre has arranged a special lecture series online featuring a different speaker each night. Monday night featured Pite Sami and Lule Sami language evenings. Tuesday was devoted to the South Sami language and Wednesday to Ume Sami. The North Sami language evening will be on Thursday.

Lars Miguel Utsi, chairman of the Language Committee at the Sami Parliament in Sweden, says the changes forced by the pandemic also have some benefits.

“The digital solution enables everyone to participate in their language, regardless of where they live,” he said in a news release. “But this also gives the opportunity to participate in several language meetings and get to know all the Sami languages ​​even more.

“In this way, it also becomes clear how language can be a unifying force and strengthen the Sami community.”