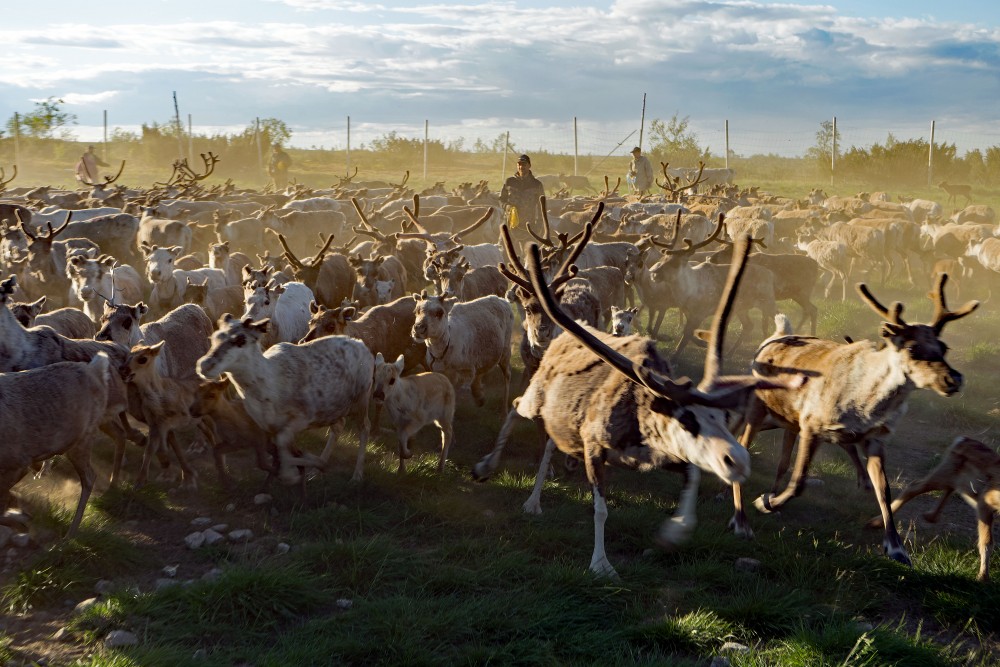 Lovozero-based reindeer-breeding cooperative “Tundra” has just sent a test batch of 8,5 tons of meat after being certified for the European Union market.
Read in Russian | Читать по-русски
By

Entering the international market shows the portentials in developing and expanding Russia’s reindeer husbandry in the Arctic. For Lovozero, the deal opens the doors for a boost to local economy. Important for the small town in the central part of the Kola Peninsula, centre to the Sámi population, with reindeer farming is one of the main occupations.

“Tundra” is one of the largest reindeer herding cooperatives in the Murmansk region and the first 321 carasses were sent earlier this week, according to the regional Ministry of Natural Resources, Ecology and Fisheries.

The regional authorities support “Tundra”, and highlight that being certifued by the European Union enables the reindeer herding cooperative to get access to other European countries, in addition to Finland, with their locally produced meat products.

Parallelly, “Tundra” signed an agreement with Pokka Reindeer Hide, a Rovaniemi based company using the hide for interior decoration purposes as well as products for the leather industry.

The agreement states that “Tundra” can export up to 50 tons of venison to the company in 2021. This will enable the company to expand sales channels, significantly increase the revenue and profitability of production, as well as provide increased employment and stable wages to their employees. Later, as a long-term goal, exports of venison could increase to 100 tons per year.

Another company ready to export reindeer meat to Europe is the joint stock company “Reindeer”, who signed a similar permit in February of this year. The company plans to start export deliveries in 2022.

With the first trial batch being sent from “Tundra” to Finland, the Murmansk region becomes second in Russia, after the Yamalo-Nenets Autonomous Okrug, to now supply venison to member countries of the European Union.

According to Arctic Partnerships, the main volume of Russian exports of venison was carried out by enterprises in Yamal for the period 2014-2018 as it was the sole region in Russia to have the right to export to the European Union.