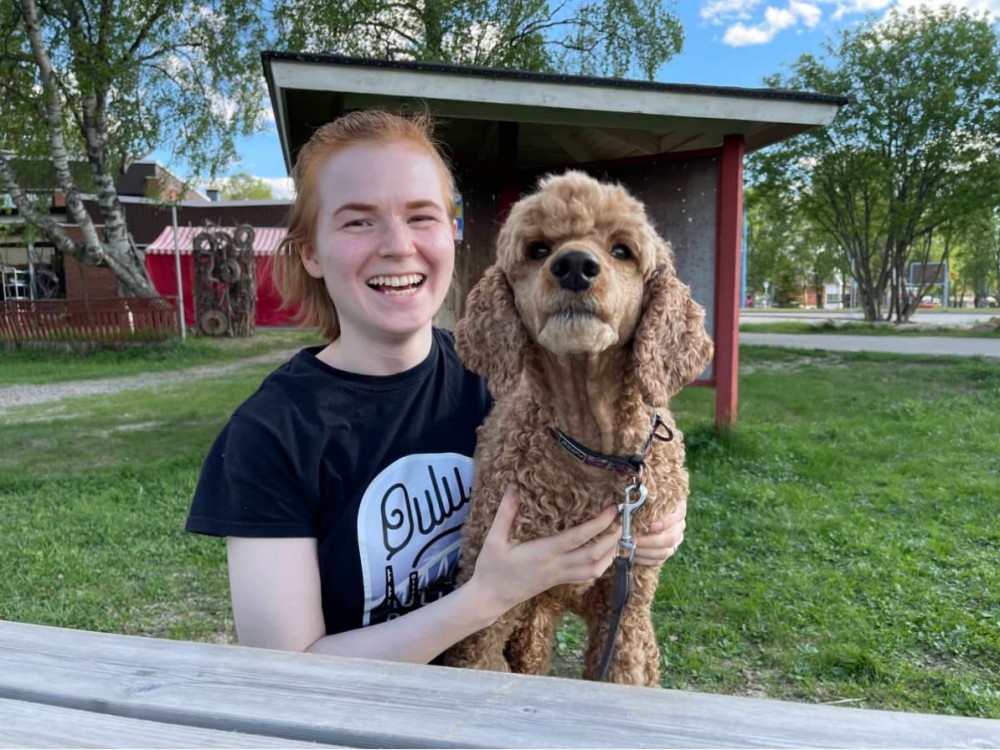 Anne Olli from Ivalo has contemplated returning north for a long time. For her, the natural environment is the biggest reason for returning. Photo: Sara Wesslin / Yle

According to a recent study, the native speakers of Sámi in the northernmost municipalities of Lapland, Finland, stay in their home region more often than those who speak Finnish as their mother tongue. A provincial project on development in Lapland, financed by the Regional Council of Lapland, has produced a study on internal migration from the province together with MDI, a consultancy for regional development. An equally extensive study on the theme has never been carried out.
Read in Russian | Читать по-русски

Summer has arrived in the northernmost Finland and so has Anne Olli who originally comes from Ivalo: she has returned to her home region after her years of studies in Oulu.

Olli had been thinking about returning for a long time. The time was ripe now that she also got a job in the home region. Olli will start as a teacher in the comprehensive school in Inari in the autumn.

“Nature was the main reason for why I wanted to move back. Of course, there are also areas with natural environment in Oulu, but they are different compared with the northernmost areas,” Olli says.

According to statistics, the native speakers of Sámi move away from the municipalities of the Sámi Area to a lesser extent than the native speakers of Finnish. A provincial project on development in Lapland (Veto- ja pitovoimainen Lappi), financed by the Regional Council of Lapland through the European Regional Development Fund ERDF, has produced a study on internal migration from Lapland together with MDI, a consultancy for regional development.

The investigation analyses internal migration using both statistics and interviews of focus groups. The material has been analysed both by age groups and municipalities. The study provides valuable information for those developing municipalities and the province, and it is more extensive than any study on the theme before.

Anne Kirste Aikio, the Language Protection Secretary of the Sámi Parliament in Finland, estimates that the sense of belonging to one’s home region is stronger for the Sámi than for the native speakers of Finnish, and therefore the migration numbers of the Sámi are lower.

“I believe that the Sámi also want to promote the Sámi language and Sámi issues and feel therefore that it is their moral responsibility to stay and work in their home region,” Aikio says.

Anne Olli moved in 2012 to Oulu where she recently studied science at the university. Initially, she wanted to do research, but ended up becoming a teacher of science. Working in her mother tongue, the North Sámi, is important for Olli.

“So far, there have been no competent Sámi-speaking teachers of biology and geography, Olly explains.

According to the study on internal migration from Lapland, training and career opportunities are among the biggest reasons for moving to other areas. Even secondary-level vocational training opportunities may be rather limited in many municipalities in Lapland, but especially if one wants to get a higher education, one has to move to a university town or a town that provides higher vocational training.

“This can be seen as migration to Rovaniemi and particularly Oulu, which is clearly the number one destination for the young people of Lapland. But Laplanders also move further away, especially to the Helsinki metropolitan area. From the other cities, Tampere attracts many young people from Lapland, Rasmus Aro explains, referring to the results of the investigation.

Then, after completing one’s studies, one needs to find a suitable job. This may also be a strong reason for not returning to one’s home region.

“If the employment opportunities are poor, people tend not to return to their home municipality, no matter how attractive they find it from the point of view of daily living.”

Finding housing the most challenging thing

According to Language Protection Secretary Anne Kirste Aikio, the Sámi are used to scratching a living from several sources.

“Traditionally, the Sámi have been used to working in several fields at the same time, and getting their income that way.”

Anne Olli also tells that she will be involved in a range of projects in addition to working as a teacher. The greatest challenge in moving back has actually been finding a place to live in.

“Large and expensive homes are the only housing available, and it’s really hard to find smaller homes. Right now I live in a temporary home, queuing for an apartment.”

Olli hopes to find a good home before her spouse also moves to the north towards the end of the year.