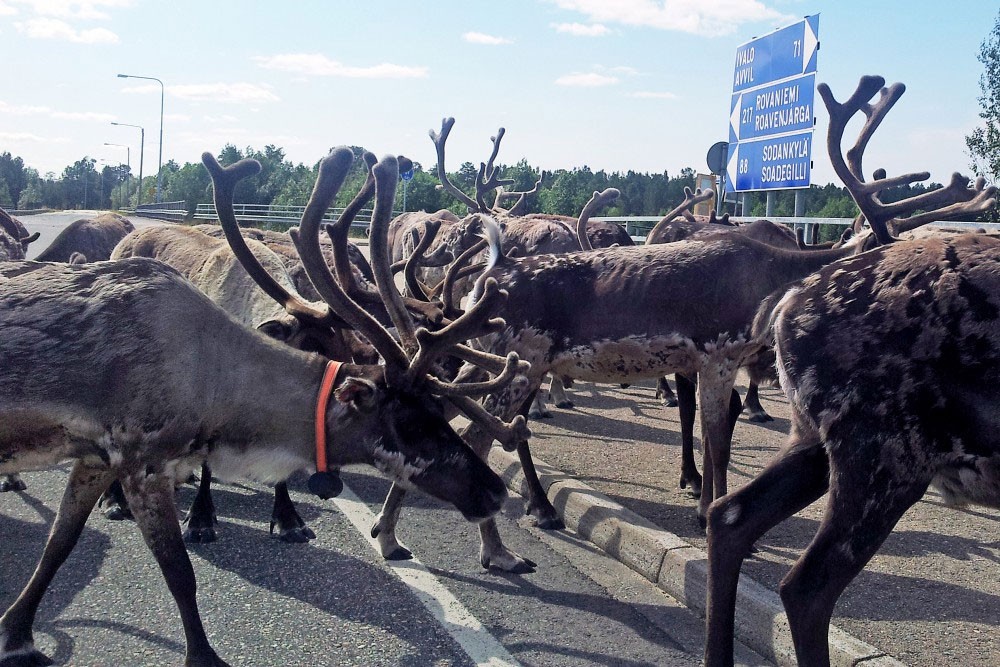 The Swedish mining company Arctic Minerals Explorations AB has submitted several reservation notifications that concern areas in the municipalities of Inari and Sodankylä in Northern Finland. Members of the Sámi Parliament and the Ivalo Reindeer-Herding Cooperative fear the worst, but the Chair of the Municipal Council of Inari is not worried about the news.
Read in Russian | Читать по-русски

By Sara Kelemeny and Linda Tammela

The Swedish mining company Arctic Minerals Explorations AB has submitted several reservation notifications in the municipalities of Inari and Sodankylä in order to gain priority for submitting an exploration permit. The company is confident that they will find several minerals in the area, referring to exploration of gold, nickel and copper, for instance, in its application. The applications will be dealt with during this autumn.

The members of the Sámi Parliament have mixed feelings about the information of the company’s reservation notifications that cover over 3,000 square kilometres.

“That’s a serious threat to everyone and everything here. It will require and take a lot of strength from us,” says Sámi Parliament’s Vice-Chair Leo Aikio, shocked by the news.

Aikio refers to the impact of possible mining on nature, wildlife and traditional livelihoods such as reindeer herding in the area.

“Mining has extremely far-reaching consequences that will have an immediate impact on all the river systems and fish stocks here,” Aikio says.

According to Aikio, the Sámi Parliament did not know about the applications of the mining company in advance; they got the information as a surprise through the media.

Mining companies are hunting for minerals in Sápmi

In recent years, mining plans have been submitted by companies in the Sámi Area of Finland; for example, considerable areal reservations have been made in Enontekiö in north-western Lapland. Opposition against mining has been intense, and a petition against mining plans in north-western Lapland got over 30,000 signatures last autumn. The petition was handed to Minister of the Environment Krista Mikkonen.

This summer, a citizens’ initiative called “Boundaries for Mining” has collected over 27,000 signatures. The initiative proposes the establishing of areas where both mineral prospecting and mining would be forbidden. The initiative also demands that there be no mining in the Sámi Area.

At the moment, people are discussing the impact of the submitted reservation notifications in the eastern part of Sápmi, mainly in the municipality of Inari. As concerns reindeer husbandry, the area belongs to the herding cooperatives of Ivalo, Hammastunturi and Lappi.

Ari Kustula, the Chair of the Ivalo Herding Cooperative, is afraid that the mining project will make young reindeer herders less enthusiastic about continuing as herders. Therefore Kustula hopes that the herding cooperative can, for example together with the municipality, prevent the project from being launched.

Vice-Chair Leo Aikio also says that the company’s activities will most probably be opposed by the Sámi Parliament.

“The only thing that we can do now is to fear the worst and wait for applications for mineral exploration permits. Then, we can try to reject the mining plans,” Aikio predicts.

Risto Pietilä, the Exploration Manager of Arctic Minerals AB, has said that if the company’s application is accepted now, they will only do lesser surveys within the framework of “everyman’s rights”.

“Out there, geologists have only the same rights and obligations as those who pick berries and go hiking. Our activities will have no adverse effects on local people or, for example, reindeer husbandry. One of our guidelines is to respect nature and natural assets. We will leave all the conservation areas outside our surveys and follow all the regulations of the Mining Act,” Pietilä says.

“Far away from getting mines”

Janne Tervahauta, who has just been chosen the Chair of the Inari Municipal Council, is not worried about the information on exploration plans.

“I see the reservation of areas as a measure whereby the company does a survey on which minerals are found in the area. I don’t think that it’s a bad idea to find out more about the minerals and their resources that we have here, underneath us,” Janne Tervahauta says.

Tervahauta adds that he holds a neutral view on mining issues in his home municipality. The theme was not discussed in the different political groups to any greater extent in the meeting of the Municipal Council last week, but the issue will probably come up later.

“We are right now far away from getting mines in the area. The conservation programmes that we have here in the municipality are very strong. It’s hard to see that mining could be, with the present technology, launched here in Inari without fulfilling the criteria of protection,” Tervahauta reflects.