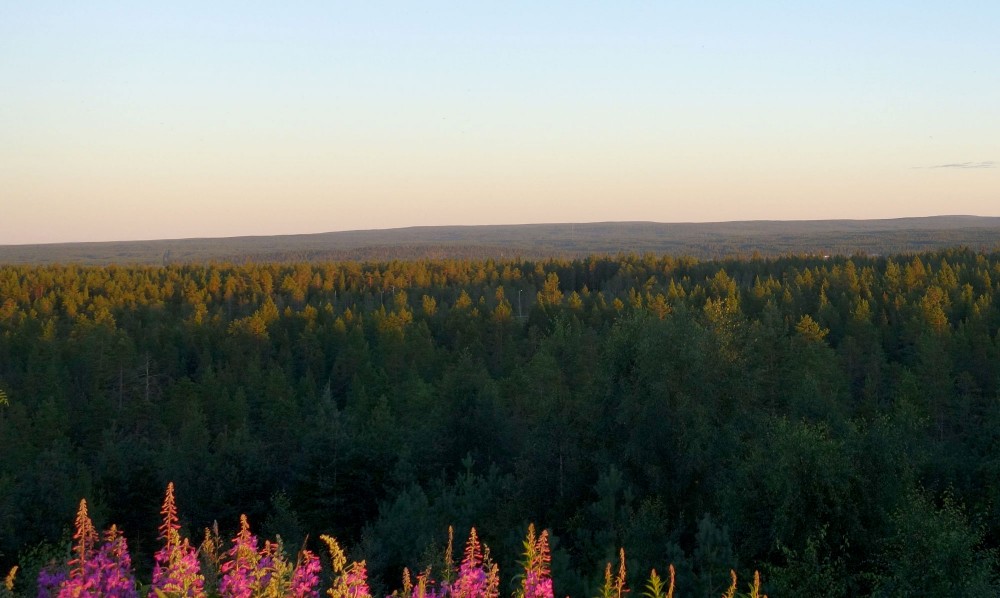 Forestry group Utsjoen Porotilojen Yhteismetsä has received €900.000 compensation to conserve nearly 700 hectares of old forest in Inari municipality. Tälvitupejävri-Talvitupajärvi conservation area joins the nearly 7,800 forests in Finland that are privately owned for conservation purposes. The conservations have previously concentrated to the South of Finland, but this year the Finnish government has allocated €6 million from their budget of €20 million to go towards conservation efforts in the North.

The Tälvitupejävri-Talvitupajärvi conservation area in Inari municipality is owned by forestry group Utsjoen Porotilojen Yhteismetsä. Most of the nearly 700 hectares of forest is over 200 years old and ready for felling. The area is a very important reindeer herding pasture for the Muddusjärvi reindeer cooperative, and the decision to conserve was made together with the cooperative.

Muddusjärvi reindeer cooperative has worked with the environmental organisation Greenpeace, and in 2016 they succeeded in preventing the Finnish Forest Association from cutting down forest in the cooperative’s pasturelands. Because of the pressure created by environmental activism and the growing support for conservation, many forest product companies are cautious about buying timber from Lapland, according to Ilmari Tapiola, the president of Utsjoen Porotilojen Yhteismetsä forestry group.

Tapiola says that they had not been able to sell wood for three years, and this has been the case for many other forestry groups in Finnish Lapland. Tapiola explains that this is not the only reason for the decision to conserve the forest; ‘Now that conservation has been a hot topic everywhere, more and more forests are conserved, I think that it is a good thing,’ he says.

Finnish Ministry of the Environment offers protection funding to protect old forests. In these cases, the land ownership does not change, but the Ministry compensates the value of the forest cover and the area is protected from felling. Utsjoen Porotilojen Yhteismetsä forestry group received compensation of nearly €900.000 for their nearly 700 hectares of old forest. Tapiola sees this as an appropriate compensation in the short term and the decision was unanimous within the forestry group. The freedom to roam (also called everyman’s right) is not affected by the decision, and people will still be able to hunt, fish and forage for berries and mushrooms in the area.

The current plan is to keep the forest as it is; “this contract is permanent and we are not allowed to do any landscaping there or do anything with the trees,” says Tapiola.

The move to conserve the forest is important since it will keep the fishing and hunting rights in the area intact, but it is also essential for the local Sámi culture and reindeer husbandry. The conserved forest is old, with plenty of lichen for the reindeer and the move further protects the rights for Sámi people to practice their livelihoods in the Sámi area.

Utsjoen Porotilojen Yhteismetsä forestry group has over 5,000 hectares of forest in the Inari municipality, of which 2,000 hectares are old forest such as the recently conserved Talvitupajärvi area. As a matter of principle, the group has decided not to disturb this forest and conserve it as well, even though they do not receive compensation for this.

Tapiola says that they might consider similar deals in the future, but right now the government budget for Lapland’s part is not enough. He does hope that in the future there will be more opportunities, and hopefully other forestry groups will also take up on the offer and conserve some of their land.