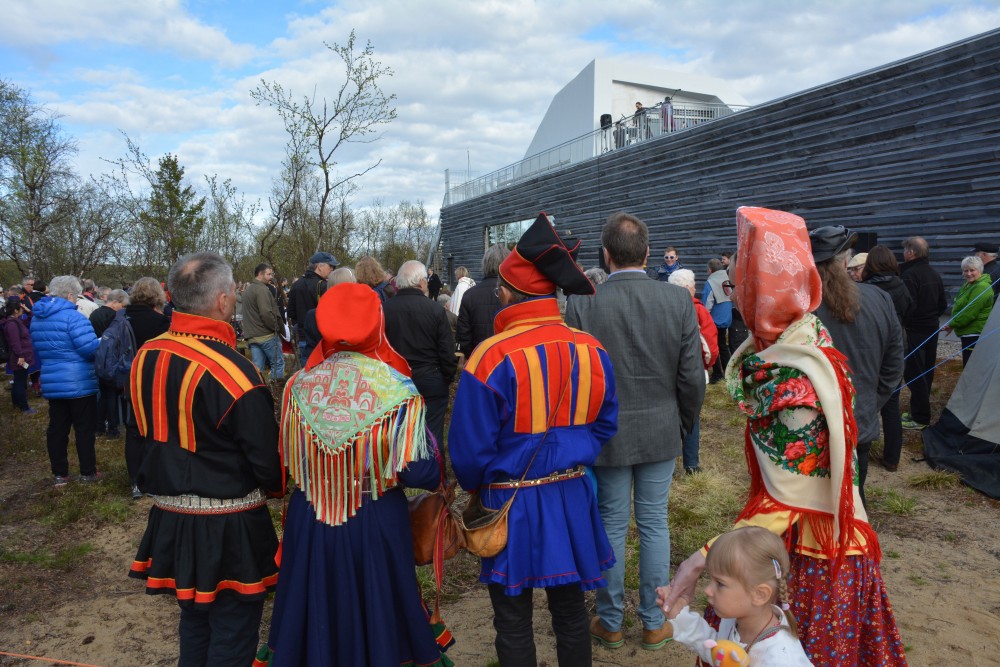 The president of the Sámi Parliament of Finland, Tuomas Aslak Juuso, was pleased with the recent seminar. “The seminar had high-level experts who were able to interpret how each act relates to human rights agreements that obligate Finland,” he says. “We got a lot of answers to incorrect claims, and the answers now support the development of the reform,” Juuso continues.

One of the most debated topics of the current law, as well as the reform, is the question of who can apply to vote in the Sámi Parliament election. Current law states that if a person has one grandparent who spoke Sámi as their first language, they will be able to vote and run for the Parliament. This criteria will be expanded if the reform goes through, and in the future one great grandparent will be enough. Other criteria include that the person identifies as Sámi, they are a descendant from a person who has been marked in a taxation, land or population register as a mountain, forest or fishing ‘Lapp’, at least one of their parents has been or could have been registered as an elector in the Sámi Parliament.

In recent years, this definition has been challenged and it has been disputed in the Supreme Administrative Court in Finland, who have granted electoral rights to close to 100 people.

Juuso is disappointed that the discussion over determination has taken space from discussion over other important Sámi issues. “The Sámi community and the Sámi Parliament [of Finland] has been in a limbo for 10 years … the government has used arguments that nothing can be advanced since Sámi definition is controversial,” Juuso says. “It is a very weak argument,” he continues.

In addition, the reform aims to fix the current state of the law which is not in accordance with the UN Human Rights Committees standards. One of the main issues is the right of the Sámi for self determination - an issue that has raised discussion over the recent years. In February 2019, the UN Human Rights Committee ruled that the decision by the Supreme Administrative Court of Finland to admit persons to the Sámi electoral role against the Sámi Parliament’s decision was a violation of human rights. The UN declaration on the Rights of Indigenous Peoples states that indigenous people have the right to determine their own identity and membership.

Juuso sees that there is misinformation about the reform that is essentially harmful; “for example, when presenting conceptions that claim that our determination [of Sámi people] would be destroying some groups of people or exclude them from voting, or that this is undemocratic and destroys democracy in the Sámi community - these are claims that rely more on people’s emotions and opinions,” Juuso says.

Juuso explains that it is important to discuss what is the role of Sámi people in the Finnish democracy; “can there be an institution fully for Sámi people, that democratically decides on Sámi view and how these views are seen in the Finnish society,” he reflects.

Juuso says that it is only natural that the community is not unanimous on the issue of determination, but points out that the democratic process should be respected.

“The Sámi society should not be restricted if we are not unanimous on a matter. Nevertheless we must respect the Parliament’s decisions and act in accordance, just like in any other democratic society,” Juuso says. He goes on to explain that there is no shame in having differing opinions within the community and open discussion is very important in the community.