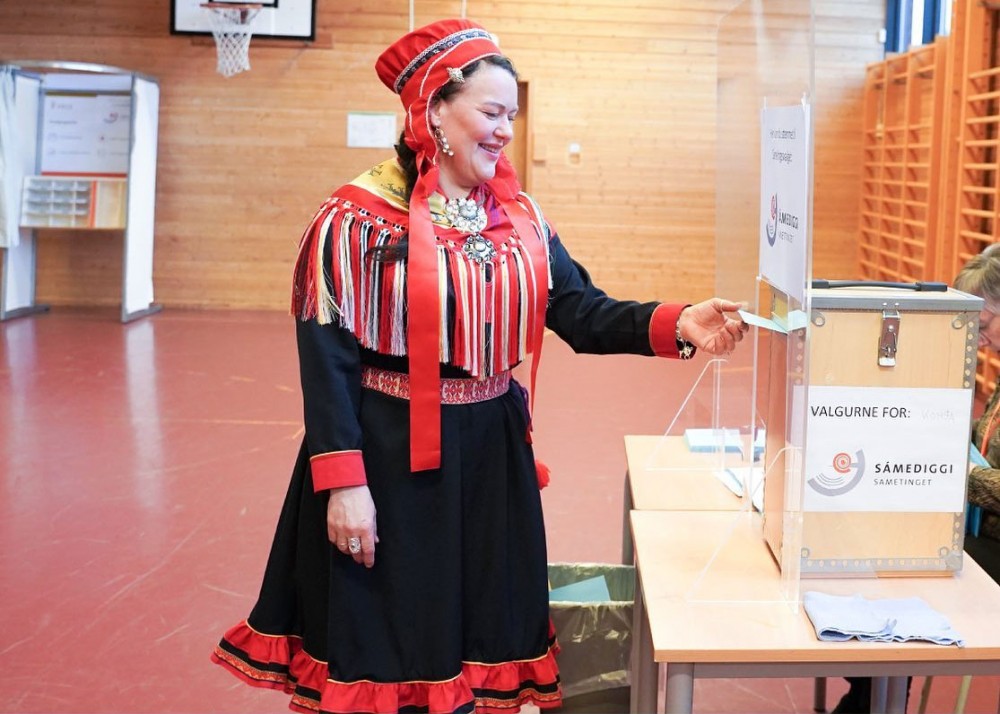 Elections to the Sámi Parliament (Sámediggi) coincide with Norwegian parliament elections. It was won by Silje Karine Muotka and her Norwegian Sámi Association. Photo: nsr.no

The Norwegian Sámi Association wins the election despite a voter boost for its main rival, the North Calotte People.
Read in Russian | Читать по-русски
By

The Sámi Association has been a leading force in Sámi politics for decades and in this week’s election again became the biggest party.

The Association that is actively engaged also in Sàmi cultural and voluntary work won the election with more than 31 percent of the votes, figures provided by NRK show.

Association leader Silje Karine Muotka will now take over the presidency of Sámediggi, the parliament assembly. Muotka has long political experience and was previously a member of the parliament’s executive council.

During her election campaign, Muotka warned against “forces that are working against Sámi rights,” and highlighted her opposition to new industry such as wind power farms, and mining industry that dumps tailings into the sea.

But the vote did not come without major competition from the North Calotte People, the party that now more than doubles its number of parliament members. The party won more than 16 percent of the votes and gets eight representatives in the 39 seat assembly.

The North Calotte People was established in 2005 and is today headed by Toril Bakken Kåven. During her election campaign, Kåven highlighted her party’s desire for a liberalised regime on motorised movement into the region’s vast and vulnerable territories, as well as opposition to the expanding protection of local lands.

“Most people know that we do not want additional protection of lands without the approval of the local population and that sustainable use of nature is the best kind of protection,” she said in an election appeal.

Since 2017, Aili Keskitalo has been the president of the assembly.