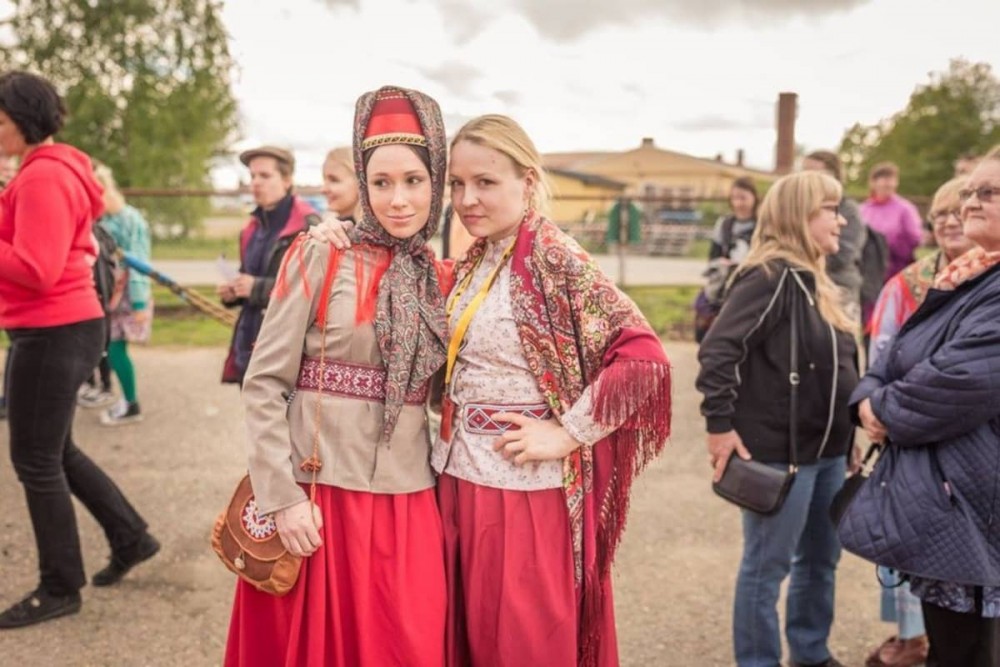 Katja Gauriloff (to the right) with her cousin Heidi Gauriloff at the premiere of Kaisa’s Enchanted Forest at the Midnight Sun Film Festival in Sodankylä, Finland, in 2016. Photo: Ville-Riiko Fofonoff / Yle Sápmi

World’s first feature film in the Skolt Sámi language gets €800,000 – Director Katja Gauriloff is glad, but worried for the field

No full-length feature films have ever before been made in the seriously threatened Skolt Sámi language. The shooting of the first such film, Je'vida, will start in 2022.
Read in Russian | Читать по-русски

The Skolt Sámi film director Katja Gauriloff has lately been working little by little on her long-time dream: to make a feature film in the Skolt Sámi language.

Now her film Je’vida has been granted €800,000 of production support by the Finnish Film Foundation. This enables the film crew to start filming this story of the life of a young Skolt Sámi woman as soon as in 2022. The fresh piece of news reached Katja Gauriloff as she was hiking in the woods of Sevettijärvi.

“This means that we can begin making the film for real, and we will be shooting it here in the north already next year. I’m right now in Sevettijärvi, scouting the area for shooting locations. I can see that we’ll be able to work with a good budget,” Gauriloff delights.

In mid-October, the Finnish Film Foundation granted production and development support worth €3.6 million. Altogether 141 projects submitted an application, and of them 43 were granted support.

Gauriloff has written Je’vida together with the Sámi artist Niillas Holmberg in the course of the past two years. The aim is to have the main roles of the film to be acted by actors who know Skolt Sámi, and the director is presently looking for them.

No full-length feature films have ever been made in the seriously threatened Skolt Sámi language.

At the same time, the cultural field is in trouble in Finland. In mid-October, the public heard that the support for cultural, sports, research and youth work organisations will decrease by altogether €43 million in 2022 because of the shrinking incomes of the state-owned gaming company Veikkaus.

The news has been a theme of heated discussion in the cultural field, leaving also the Sámi film director dumbfounded.

“Of course, there’s been talk about a decrease in the income of the gaming company, but it sure took us who’re involved in the cultural field by a surprise. After all, we’re talking about a very small part of the total state budget,” Gauriloff frets.

In recent years, the cultural field has increasingly discussed the opportunities of a variety of voices and minorities being heard. Katja Gauriloff is especially worried about art made by minorities, as their creators are the ones cuts in cultural support will, at worst, hit.

“Stories made by non-white Finns will not make it to the big screen, and I’m afraid that films made only for the wide audiences will be given more space than films made by minorities.”

Gauriloff is also afraid that art house and documentary films will have lesser opportunities.

“This will also have an impact on small language groups, such as the ones we Sámi represent. So we really need to fight for these things,” Gauriloff concludes.