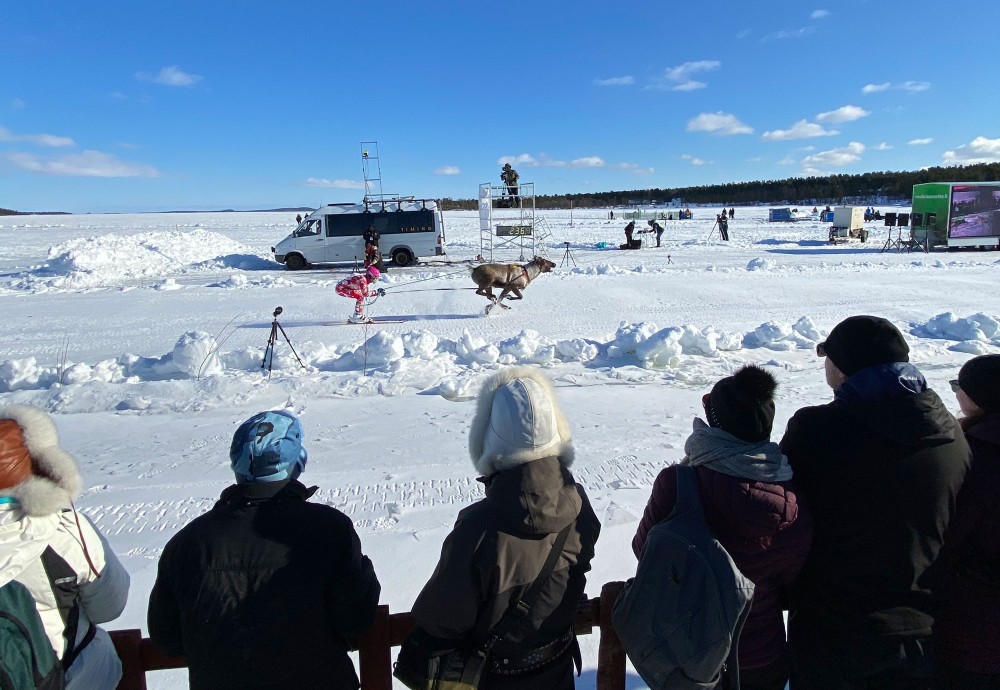 After a two-year pause, the annual reindeer race cup was finally taking place on the frozen lake Inari last weekend. The much anticipated annual sporting event was held in wonderful weather, where reindeer racing enthusiasts and curious spectators alike could go enjoy a day at the races.

This year marked the 70th anniversary for the races, where the contestants are pulled by reindeer on tracks ranging from 1000 metres to 2000 metres. The contestants must be able to keep their balance on the skis, while being pulled for up to 35 kilometres per hour. The semi finals have been held all around the reindeer herding area since February, and the race culminates to the crowning in Inari.

Of course, the event was meant to find the fastest reindeer and rider of the year, but it is also an important meeting point from people all around the Sámi homelands. After two years of no events, hundreds of people are travelling from far away to meet up with friends and relatives, while enjoying the atmosphere at the races. A small market square has been set up on the ice, where people can buy anything from sweets to leather goods and handmade jewellery.

The weekend consists of various contests, including suopunki throwing. Suopunki is a lasso type tool that is used to catch reindeer. Instead of reindeer, the contestants try to catch wooden posts or reindeer antlers. This year’s winners were Piia Magga in the women’s cup, and Jukka Kaarretkoski in the men’s cup.

Unlike many other sports, the reindeer cup has not been divided into genders, and everyone competes for the same trophy. This year’s winner was Sari Kettunen with her reindeer Sämpylä (eng. Bread roll), with the time 3:46,685, the fastest Sämpylä and Kettunen have ever gone.