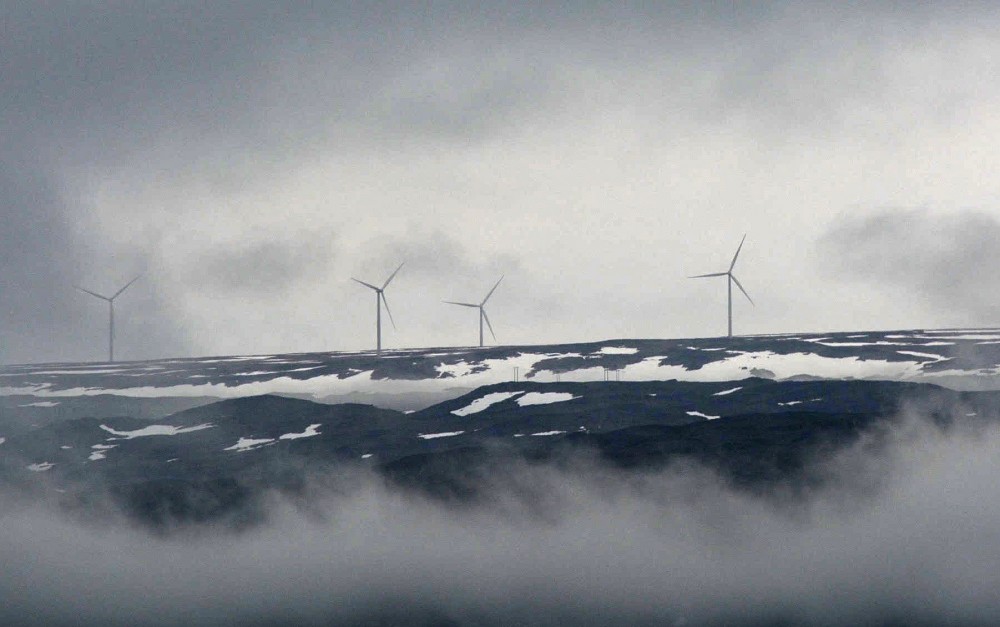 Even from the beginning of the project, Fosen Vind farm was met with resistance from the local communities in central Norway. The wind park consists of six wind farms and located close to Trondheim in the Fosen peninsula, the wind farms are providing more wind power than all of Norway’s wind farms combined. Located on the winter pastures of local reindeer, the Supreme Court of Norway deemed the farms illegal in 2021, five years after the construction began and year after its completion. The wind farms faced resistance from the beginning - the local reindeer herding communities voiced their concerns over losing their winter pastures and the threat this has on the local culture. The Supreme Court of Norway ruled the licensing on the wind farms invalid on the grounds that they violate the local reindeer herder’s rights to enjoy their own culture. Yet, a year after the verdict and soaring energy crisis hitting Europe, the wind farms still stand.

Sámi politician Beaska Niillas tells the Barents Observer that the local reindeer herders are frustrated that the state of Norway has not yet followed up on the verdict. “Norway is willing to put their relatively good reputation in the world at stake by not following up on their own higher Supreme Court decisions,’ he says. Beaska points out that Norway is often quick to condemn human rights violations of other countries, but is now turning a blind eye. ‘If the Norwegian government themselves don’t follow their own legal systems, then how are they to expect that others are to respect the laws and the legal system?” Beaska Niillas says. “They are not above the law,” he continues.

Geir Fuglseth, a spokesperson for Statkraft, tells the Barents Observer that they are working ´to find mitigation measures that can ensure the human rights of the Sami, while at the same time continuing the renewable power production.’ Statkraft is a majority investor in the wind farms and responsible for project execution. Fuglseth underlines that the Supreme Court verdict did not completely conclude the outcome for the wind farms; “The Ministry has established an administrative process to decide on an updated licence that is not in breach with human rights and that ensures that the Sami people can execute their culture,” he says.

The wind farms are cutting through winter pastures that are now unusable. “The reindeer won’t go near the turbine park, so all the area is lost. It’s not possible to use at all,” Beaska says. The local reindeer cooperative’s must now resort to feeding their reindeer fodder over the winter, instead of having the reindeer search for their own food in the area. Beaska states that this is not part of traditional Sámi culture, and violates their right to enjoy their own culture. This is also the reasoning behind the Supreme Court’s verdict.

Statkraft and other investors on the Fosen wind farm want to concentrate on mitigating measures and keeping an open dialogue between the ministry and the reindeer herders. “Our focus is on finding a solution to the issue in cooperation with the herders at Storheia and with the ministry that secures human rights,” Fuglseth says.

However, Beaska does not sympathise with this; “The reindeer herders in Fosen are very clear; the turbines have to come down,” he says. “And we expect the Norwegian government to follow up on the Supreme Court decision, any other solution is not a solution at all.”

At a time of soaring energy crisis reaching Norway, the wind farms are providing some much needed support for the country in the form of 1,9 TWh of renewable energy. Beaska does not buy the argument that taking down the turbines would negatively affect energy creation but is calling for individual’s responsibility on their own energy usage; “the world has to start thinking differently – it’s energy usage reduction we have to focus on,” he says.

While Fosen wind farms investors are trying to find mitigating measures, the reindeer herders and Sámi politicians are not giving in. A year after the Supreme Court decision, the Sámi community and the wind farm’s investors are interpreting the court’s decision differently. The process of dismantling the wind farms would be a costly process. Yet letting the farms continue could harm important parts of Sámi culture, damaging something more important than money.