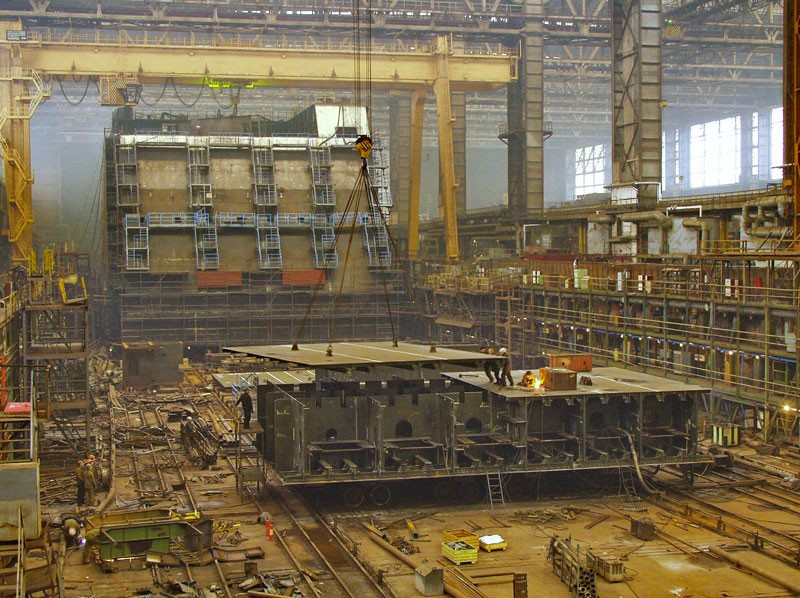 Their order books are full of jobs for the Russian military, but the shipyards of Sevmash and Zvezdochka still want a piece of the major construction works related to upcoming Arctic LNG projects.

According to Ilya Panteleev, a top representative of the United Shipbuilding Corporation, the two yards in Severodvinsk are currently in the process of training staff for the upcoming jobs.

It is an objective for the two military yards to ultimately increase their level of non-military jobs to 45-50 percent, Panteleev said in a recent conference, Neftegaz reports.

The Arctic LNG 2 project includes the construction of floating gravitational production units to be deployed in the Gulf of Ob. A key part of the construction works will take place at Novatek’s new plant in Murmansk. But more is needed and the United Shipbuilding Corporation is one of the additional key partners.

According to the Zvezdochka yard, there are now active negotiations held with «the biggest players in the Russian offshore oil and gas sector» related to Arctic hydrocarbon projects.  The company from before has solid experiences from the oil and gas industry. Over the last couple of years, the yard has delivered propellers to the new Yamal LNG carriers.

The United Shipbuilding Corporation includes more than 40 state shipbuilding and ship design companies, among them the Sevmash and Zvezdochka.

The yards in Severodvinsk are world-known for their construction and repair of nuclear submarines. All of Russia’s new Borei and Yasen-class subs are built at the Sevmash.