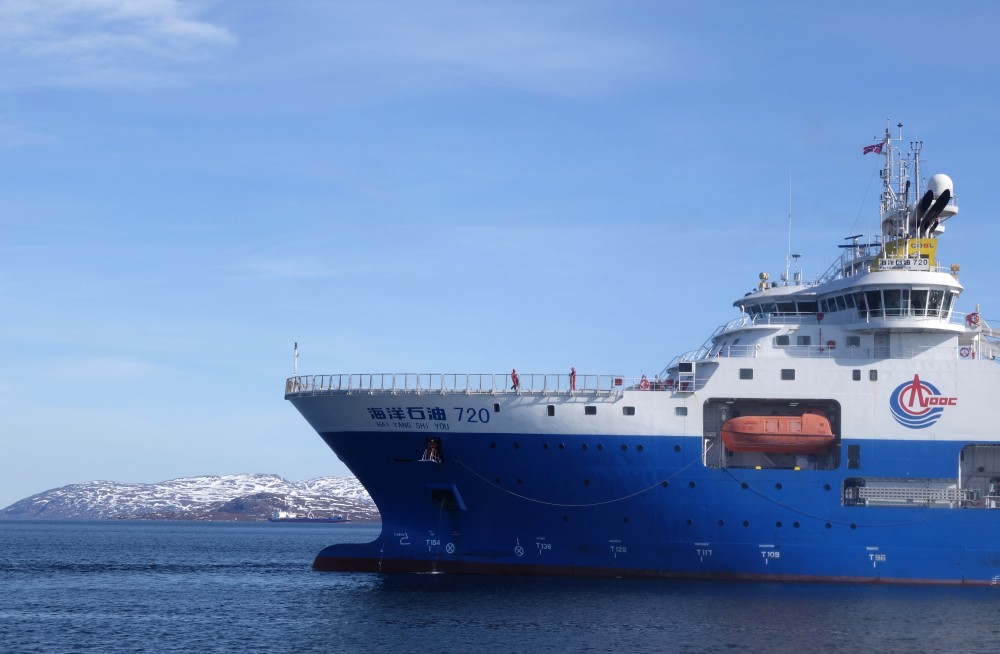 COSL completes its seismic mapping of license areas in Russian Arctic waters.
By

Our most advanced 12-streamer seismic vessel “HYSY 720” has completed an operation at two blocks in the Barents Sea, the China Oilfield Services Limited (COSL) informs in a press release.

It is the first time that a Chinese company conducts this kind of operations in the Arctic. The mapping was done north of the 75th parallel, the company says.

«This is the first attempt by China in performing 3D seismic data collection in ultra-high latitude and ultra-low-temperature waters».

For COSL, it has been a record-beating operation also when it comes to proportions. Never before has as much as 1,820.58 km2 been mapped in the course of only one month by a Chinese company.

The «Hai Yang Shi You 720» (HYSY 720) is the first grand deepwater seismic vessel proprietarily built in China. It is 107 meter long and has a deadweight of 5,380 tons. The vessel started its operations on 1 May and is expected to wrap up its mission in the area before 1 November.

Among the two Arctic blocks in question could be the Perseevsky, an area located in the northernmost part of the Barents Sea, directly along Russia’s maritime border to Norway. It is controlled by Russian state company company Rosneft and is included in the comprehensive cooperation agreement with Statoil. COSL has this summer cooperated with the two companies also in the Sea of Okhotsk where two wells have been drilled.

The Chinese company chose the Norwegian Arctic town of Kirkenes as its base for the operations. In April this year, a contract was concluded with local shipping agency Henriksen Shipping.

Arve Henriksen, leader of Henriksen Shipping, says to the Barents Observer that cooperation between the companies have proceeded smoothly.

«We have got 100% top score from the Chinese», he proclaims. «They love Kirkenes».