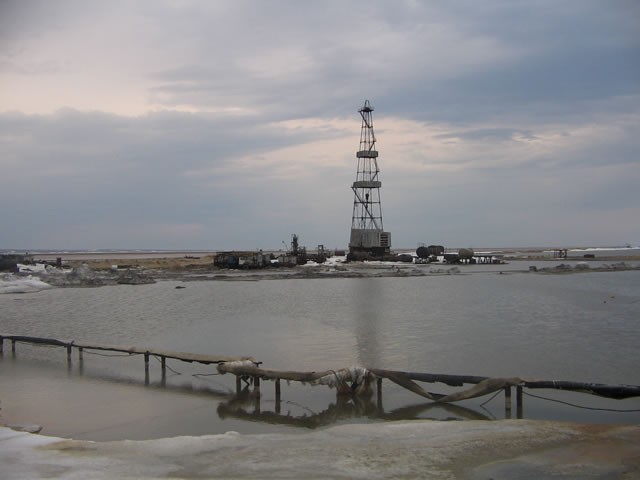 Urals Energy gets full control over the oil field on the Russian Arctic island.
By

“This is an acquisition that we have been trying to achieve for some years», Urals Energy Chairman Andrey Shrager underlines.

The company cashes out 100 million ruble (€1,4 million) for full control over the Arctic Oil Company Ltd. (ANK), the oil producer at the Kolguyev island. The deal is made with AMNGR (ArcticMorNefteGazRazvedka), a subsidiary of state-owned Zarubezhneft.

Arctic Oil Company owns the license to the Peschanoozerskoe, the local oil field with about 16 million barrels of recoverable reserves. Daily production amounts to 340 barrels a day, Urals Energy informs.

According to the company, the deal opens the way for higher production on the island. Currently, one shipment with crude oil is sent from the island per year. That could be increased to two shipments, Urals Energy believes.

«We anticipate that cash flow through the year will also be improved. The big prize, though, will be the ability to exploit our increased proven undeveloped reserves as part of a combined development plan», company leader Shrager says.

«However, we will have to wait for market conditions to improve», he adds.

The Arctic Oil Company was founded in 1998 by OAO Arkhangelskgeoldobycha (51%) and OAO LUKOIL-Arktik-Tanker (49%) for the purpose of developing and operating the Peschanoozerskoye field. The field was originally discovered in the early 1980s, and production began in 1985.

The Kolguyev is located in the Pechora Sea, to the north-east of the Kanin Peninsula. About 400 people live on the 3,497 square kilometers island, of which about 250 work in the local oil industry.