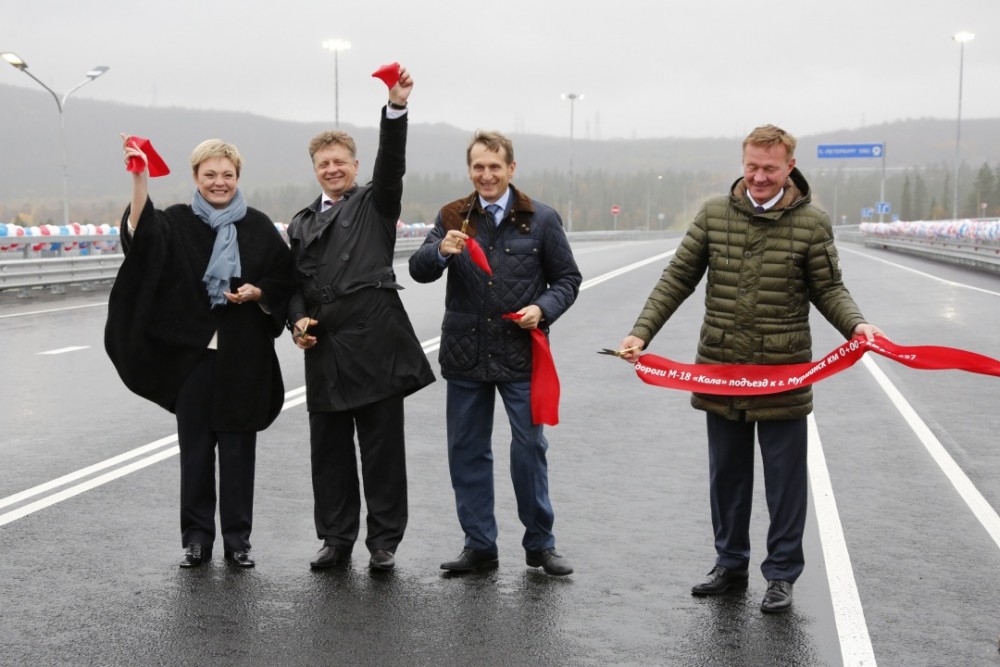 It has the capacity to handle 20,000 cars per day, Governor Marina Kovtun says.
By

«From now on, everyone driving into Murmansk will immediately understand that he is arriving in the Capital of the Russian Arctic», Kovtun said as she officially opened the new road today. Next to her were standing State Duma Speaker Sergey Naryshkin and Minister of Transport Maksim Sokolov.

The 15 km long highway has four lanes and goes around the Murmansk city center. According to the Governor, is can daily handle up to 20,000 cars. That makes it the biggest highway north of the Arctic Circle. Until now, the biggest Arctic highway has been in Rovaniemi, Finland.

The Murmansk road includes three exit points, 14 bridges and viaducts, and one underground pedestrian crossing, a press release from the the regional government informs. It is opened as Murmansk prepares for the celebration of its 100-years anniversary. “It is probably the most expensive present we could get to the anniversary”, Kovtun underlines. She adds that also the region’s sea port and airport are up for for a major facelift.

«In order to develop strategically important northern regions we have to constantly extend the existing road infrastructure, reconstruct and build new, modern and high-quality roads which meet the highest standards», Sergey Naryshkin said during the ceremony.

According to Rosavtodor, the Russian road authority, as much as 86 percent of the federal roads in Murmansk Oblast now meet the normative standard. That is 15 percent higher that the Russian average, Head of Rosavtodor Roman Starovoyt says.

The federal government has over several years invested major sums in Murmansk infrastructure.

Only in 2016, the region got a total of 4,5 billion rubles from Moscow to upgrade its roads. A key part of that is spent also on the highway leading to the Norwegian border.