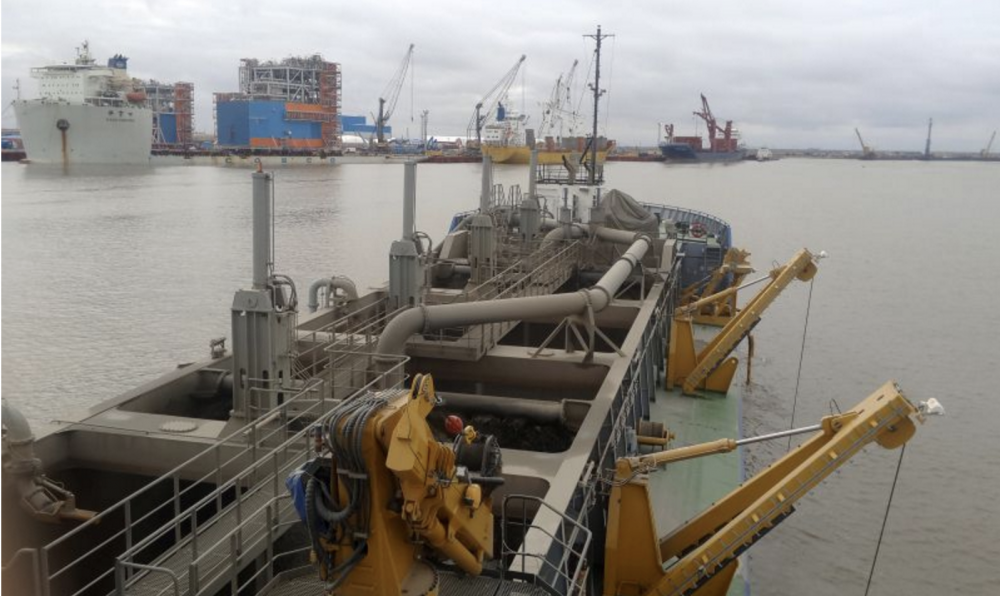 It equals the size of more than 17 Empire State Buildings.
Read in Russian | Читать по-русски
By

Rosmorport, the Russian state company for port development, informs that dredgers this summer have removed as much as 17,5 million cubic meters of sea bottom from the Gulf of Ob.

The operations are made as part of the development of the Sabetta port and the Yamal LNG project, Russia’s biggest ongoing industrial projects in the Arctic.

As a result, a 205 meter wide and 15,1 meter deep channel is made open for shipping in the area. In the waters adjacent to the Sabetta terminal, the channel is made wider - 315 meter, Rosmorport says. A total of 23 dredger vessels have been involved.

The Yamal LNG project requires easy access to Sabetta for carriers with a draft of up to 12 meter. A total of 16,5 million tons of LNG is annually to be shipped out from the new port when the nearby gas plant reaches target production.

How much is 17,5 million tons of ground? According to estimates, it equals the volume of about 17 Empire State Buildings.