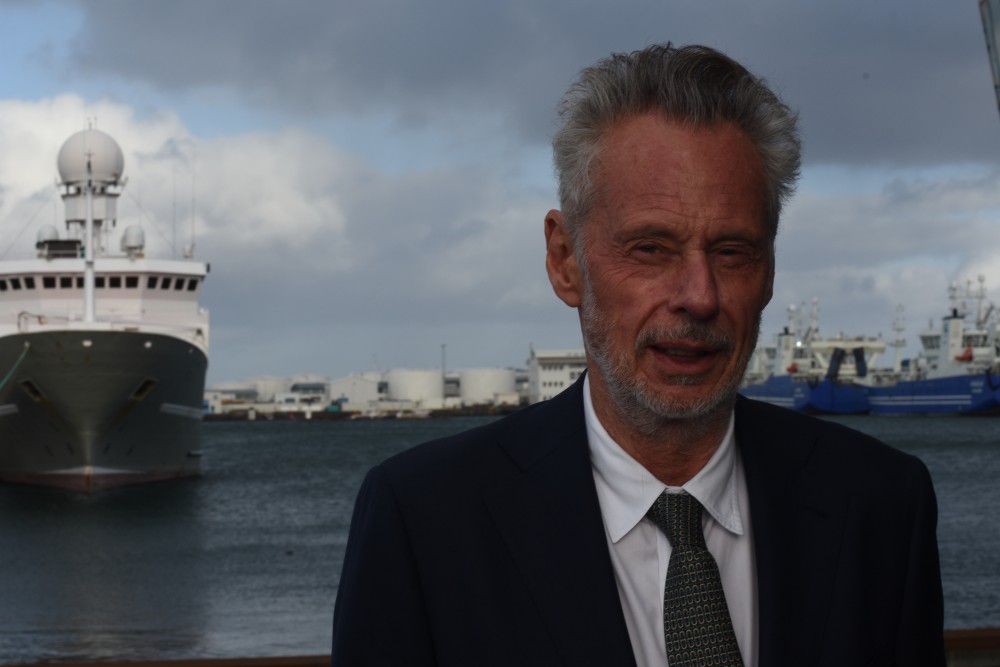 Sven-Olof Lindblad has decades of experiences of sailing with passengers in ice-covered waters. Here in the harbour of Reykjavik. Photo: Thomas Nilsen

Tourist companies follow each other and are now coming to the Arctic, says Sven-Olof Lindblad, a pioneer in expedition cruising in ice-covered waters.
Read in Russian | Читать по-русски
By

“Tourists are coming in a big wave. 10 new expedition ships for Arctic waters will be delivered by 2019,” says Sven-Olof Lindblad, founder and CEO of Lindblad Expeditions, the company that in 1969 got the first purpose-built vessel for cruising the waters of the Arctic and Antarctic.

“The ice is shrinking and tour operators tend to believe that sailings in the Arctic will be easier. They forget that sudden micro-climate circumstances can create very challenging situations,” Lindblad explains pointing to the fact that being an expedition guide or a captain in the Arctic demands high skills and experiences.

Meeting the Barents Observer in Reykjavik, Iceland, Sven-Olof Lindblad says people are underestimating the problems that need to be conquered.

“We need people that are very well trained,” he says.

“Many guides are taking safety to easy. Things will go wrong. That is highly likely to happen,” Lindblad predicts.

In September, the largest passenger vessel to sail the icy waters of Alaska and Canada completed a 32-day Northwest Passage journey. The “Crystal Serenity” sailed from Anchorage to New York via the Bering Strait and Greenland.

“I frankly don’t like big passenger ships,” Sven-Olof Lindblad told the audience at the plenary session of the Arctic Circle Assembly taking place in Reykjavik this weekend. The meeting gathers some 2,000 participants and is the largest ever meeting place with focus on economic and environmental developments in the Polar Regions.

“If you are one of 1,000 or maybe 2,000 passengers on board a big vessel, you can’t really experience what the Arctic is all about,” he argues.

Discussing growth adventure tourism and Arctic expeditions, Iceland is the right place to be. The country has seen a doubling of visitors over the last four years.

Grímur Sæmundsen is CEO of the Blue Lagoon, one of the tourist highlights just outside Reykjavik.

“1,3 million tourists visited Iceland last year and next year we expect the number to be 2 million,” Sæmundsen says. Being Chairman of the Icelandic Travel Industry Association he admits that the growth has come with a cost.

“We have done some mistakes and had some success. I am sure other Arctic nations can learn from our experiences,” Grímur Sæmundsen says.

“Nature is a limited resource. We must avoid Iceland becoming a victim of mass tourism.”

Halldór Benjamín Þorbergsson, Senior Vice-President of Icelandair Group agrees. “It is not for everybody to visit the Arctic,” he says.

Þorbergsson challenged the audience at Arctic Circle by inviting for discussion a possible treaty for how the booming tourism in northern regions could be handled in a sustainable way.

“I think we could use the price mechanism to limit Arctic mass tourism. We should go for quality, not quantity,” he said well aware Icelandair income also comes from numbers of sold seats on the airliner’s flights.