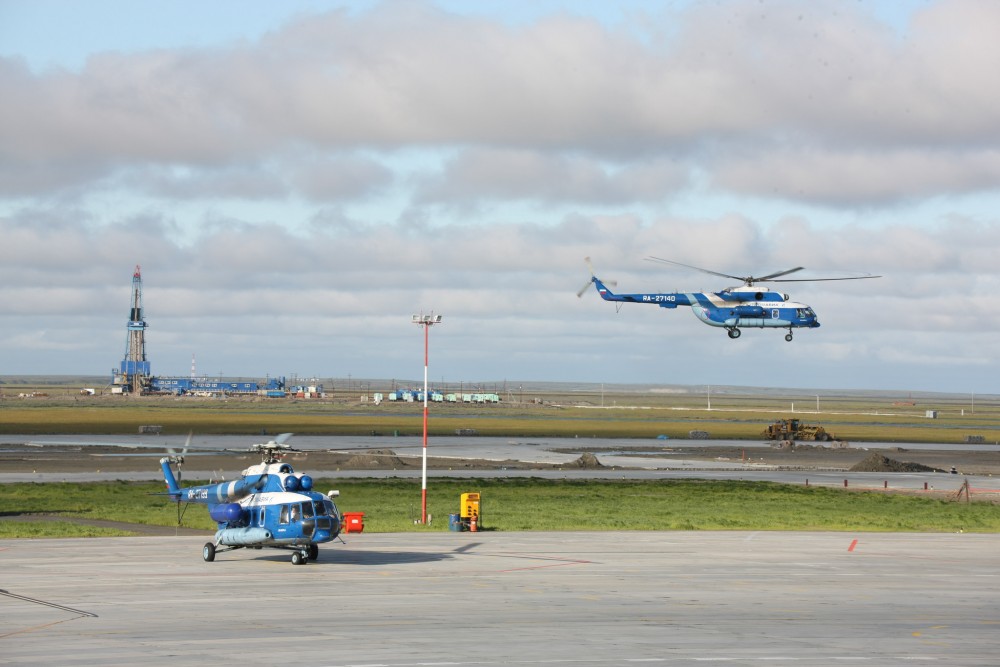 Full-scale production in Bovenenkovo will come late 2018 and the nearby Kharasavey might be developed only in 2024.
Read in Russian | Читать по-русски
By

The Yamal Peninsula has long been the key area of expansion for Russia’s state gas company Gazprom. Billions of dollars have been invested in the development of the Bovanenkovo field and adjacent infrastructure. A west-bound pipeline now connects the huge natural gas field with the national gas pipeline grid and provides resources to the Nord Stream pipeline. The field has its own railway connection and airport.
Now, however, developments come slower.
General Director of Gazprom dobycha Nadym, a regional subsidiary, confirms that the Bovanenkovo annual target production of 115 billion cubic meters will come not in 2017 as previously planned, but only in late 2018.
In addition, the company says that the development of Kharasavey, the nearby gas field with 1,9 trillion cubic meters of reserves, will be ready for production only in year 2024, newspaper Pravdaurfo reports.
In the background lures shrinking gas prices, lower demands and the western sanction regime which troubles the company’s access to equipment and technology.
Kharasavey was planned to be next in line of Gazprom’s projects in Yamal. The field, which is located partly on the Yamal coast, partly in the shallow waters of the adjacent Kara Sea, holds 1,9 trillion cubic meters of gas and 130 million tons of gas condensate.
The plan was to connect the field by pipeline to Bovanenkovo, which was opened for production in 2012.

That same year, top Gazprom representative Vitaly Markelov announced on the company website that production was due to start in 2019.

That will not happen. However, Kharasavey will continue to serve as a hub for shipments to the west coast of Yamal. This month, Gazprom dobycha Nadym announced a tender on dredging operations in the waters outside the Kharasavey.
The dredging is to improve ship access to the mooring points of the Kharasavey gas condensate field, the tender text reads. It is referred to by news agency PortNews.