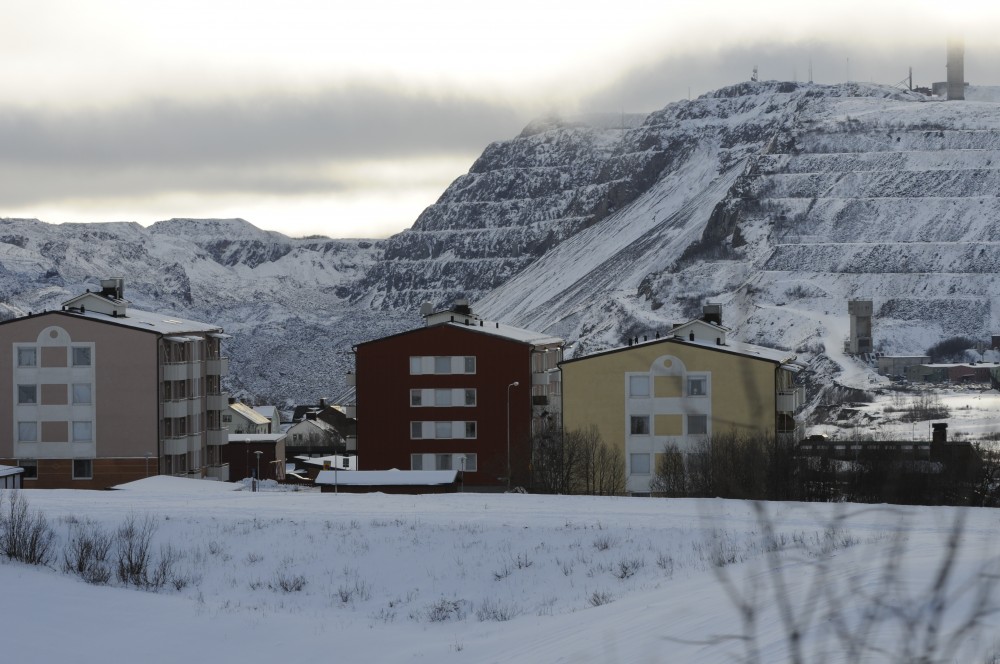 The town of Kiruna with the huge iron-ore mine in the background. Photo: Thomas Nilsen

People living in the arctic towns of Kiruna and Malmberget say their homes have been damaged by earthquakes caused by nearby mining, but the company has not paid compensation to any claimants in the last five years.
Read in Russian | Читать по-русски
By

After an earthquake last year, Johnny Häll reported damage to his home. “A crack in the wall and bricks that had loosened over the windows,” he tells Swedish Radio.

The inhabitants of both Kiruna and Malmberget are slowly being moved to new sites, because of the generations-long mining process that threatens the towns.

But of the 72 families who have reported mining-related damage to their homes, not one has received direct compensation from the mining company, LKAB, which is owned by the Swedish state.

The company spokesperson, Anders Lindberg, says their experts do not think the damage can be linked to the mining work.

But in 10 cases the reports of damage have led to LKAB buying up the properties early. Eventually as many as 10,000 town residents could be moved to new homes.At the Swedish Home Owners’ Association Ulf Stenberg says people should photograph their properties over time, to be able to prove how these looked previously.