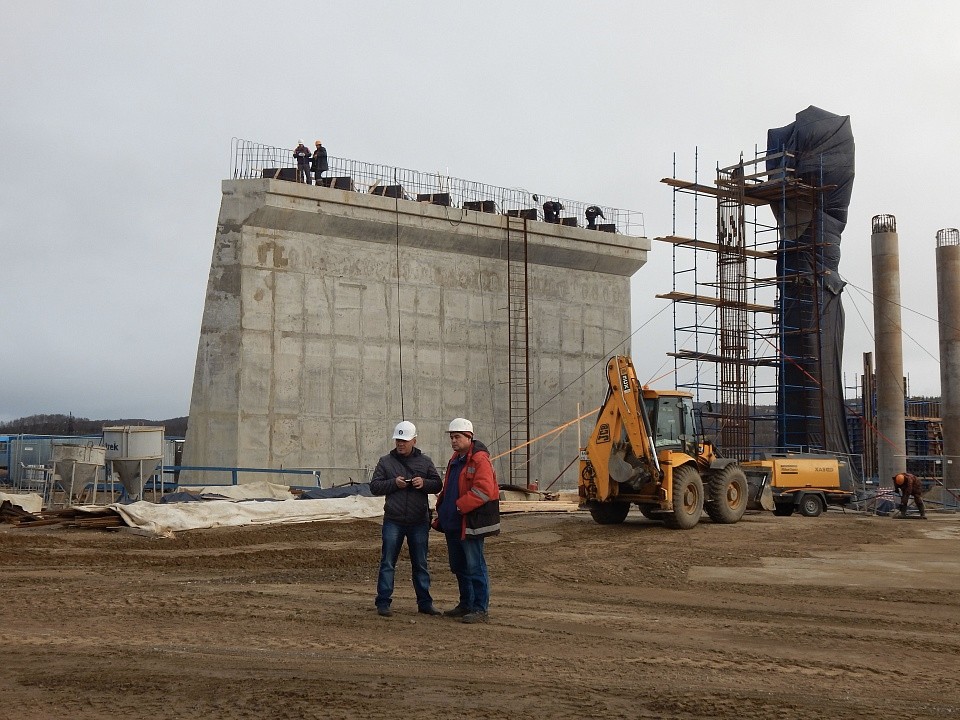 More than 1,000 workers are engaged in the development of the new infrastructure along the Kola Bay. It will be ready in March 2018, regional Transport Minister Dmitry Sosnin says.
Read in Russian | Читать по-русски
By

The 46 km long railway will stretch along the western banks of the Kola Bay and have the capacity the carry up to 28 million tons of goods per year.

«The project is now in the middle of its implementation, Minister Sosnin said as he this weekend paid a visit to the construction site. The pace of construction is proceeding in line with schedule, he underlined. The first train is planned to run across the new line in March 2018.

The railway is key object in the Murmansk Transport Hub project. It includes line electrification, a bridge across the river Tuloma, eight bridges and four viaducts. Several new industrial projects are planned developed along the new piece of infrastructure. Among them is Novatek’s plant for construction of LNG plant modules.

The number of workers will be increased to 2,000 before the end of the year, the Murmansk government press service informs.