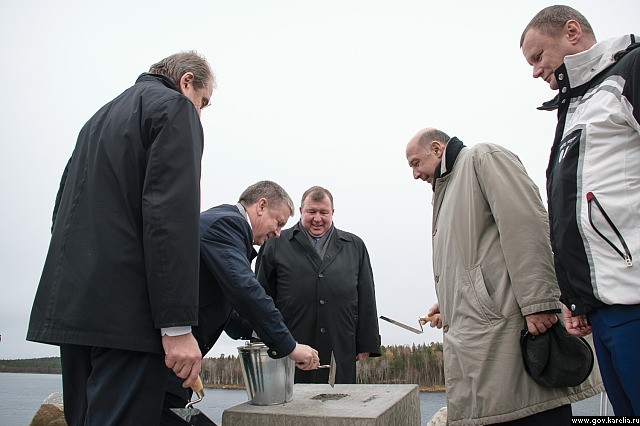 An 8.15 billion ruble investment from the New Development Bank opens for the construction of two new hydropower stations in the Northwest Russian region.
Read in Russian | Читать по-русски
By

The two Beloporozhsky stations are the first ever investments in Russia by the bank established jointly by the five BRICS countries - Brazil, Russia, India, China and South Africa.
The New Development Bank will invest 8.15 billion ruble (€145 million), while another 3.65 billion rubles are provided by the Eurasian Development Bank and the International Investment Bank, the Government of the Republic of Karelia informs.
The hydropower project will have a production capacity of 49,8 MW. They will be located in the river Kem, which starts in Finland and flows into the White Sea. The two stations are due to start power production in 2019.
It is the company Nord Hydro, one of Russia’s leader developers of small-scale hydropower projects, which will build the stations. From before, the company has built three stations in the republic.
«Today, there is only one investment project which meets the requirements of the new BRICS development bank, and that project is located here in Karelia», regional Governor Aleksandr Khudilainen proudly said in a recent ceremony held along the Kem river bank.
«I am confident that the New Development Bank could become a significant source of long-term investments for the financing of huge infrastructure projects in Russia», bank Vice President Vladimir Kazbekov added.