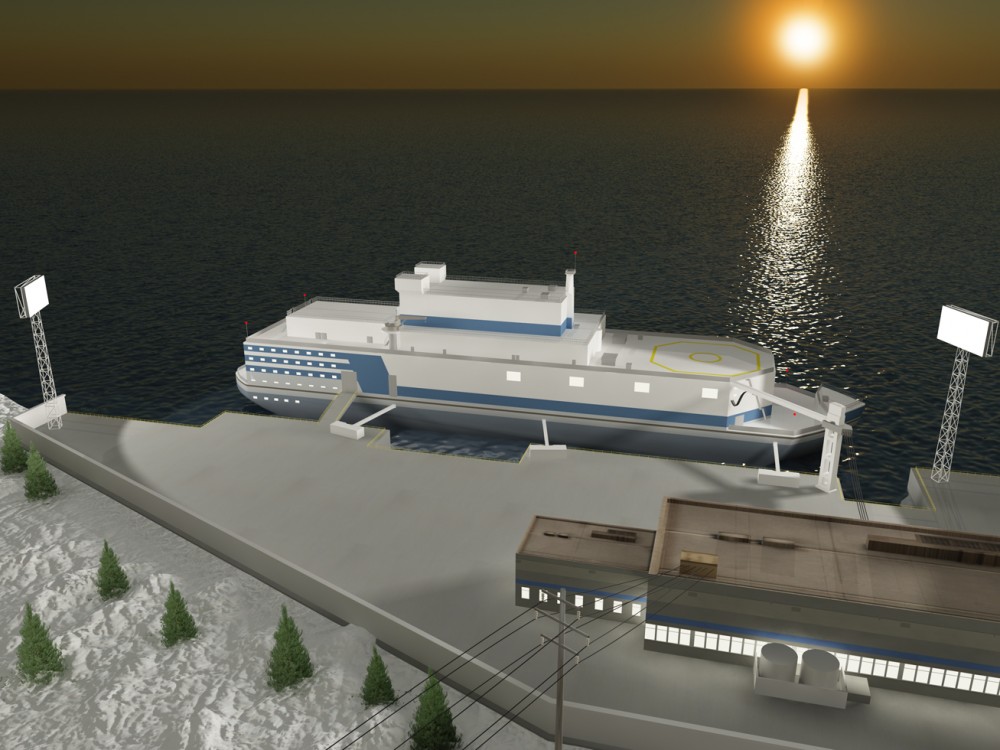 In a ceremony, representatives of Rosatom, the state nuclear power company, and regional authorities today officially nailed the first pile into the waterfront of Pevek.

The event marks the historical start of construction of infrastructure for the «Akademik Lomonosov», the world’s first floating nuclear power plant (NPP).

The project will have major impact on the Chukotka, regional Governor Roman Kopin said in the ceremony. It will not only provide stable energy supplies to the town, it will help develop the rich mineral resources of the region, he underlines, the regional Chukotka government informs.

Ships loaded with construction materials are now shuttling to the far eastern town located near the Bering Strait. Over the next couple of weeks, up to 15,000 tons of goods will be loaded off at the Pevek seaside. Shipments must be completed before the quickly approaching winter season makes waters in the area inaccessible for regular vessels.

Meanwhile, the «Akademik Lomonosov» is under construction at the Baltic Yard in St. Petersburg. Dock trials started in July this year and will continue until fall 2017. By the end of 2017, the plant is to be ready for transportation to Pevek, Rosenergoatom informs.

The energy block will be connected with local infrastructure in September 2019 and test production started that same fall, the company says.

«What we have seen in Pevek over many years and decades must be improved, we now try to help the town get rid of its aging technology and solve the issue of energy replacement», says company representative Sergey Zavyalov.

The ”Akademik Lomonosov” will be the world’s first floating NPP. It will have a production capacity of 70 MW of electric power and 300 MW of heating power, enough to power a city with 200,000 people.

More than 300 people will have their jobs on the new installation, 42 of whom will be employed on a permanent basis. At least 30 have already been hired, Rosatom informs.