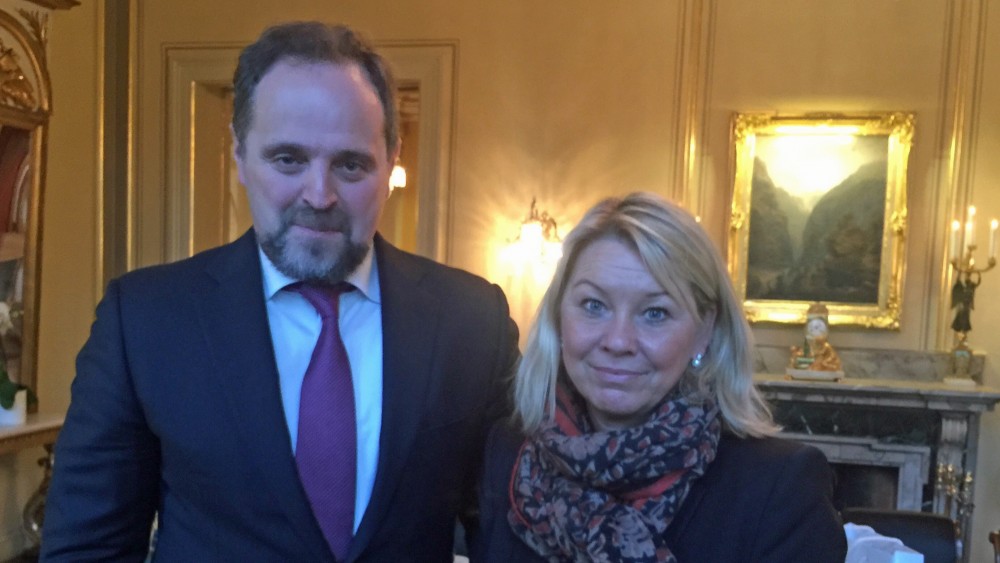 "We restart a dialogue". Sergey Donskoy and Monica Mæland met in Oslo this week. Photo: regjeringen.no

In addition followed a meeting with Statoil.

«I had a constructive and good meeting with Minister Donskoy, we are positive towards a resumption of a political dialogue on trade and economic cooperation», Monica Mæland says in a press release.

«We want a good neighborly relationship with Russia, and not the least in the north where we have a common border and common interests», the minister adds.

According to the ministry, Norway has continued its bilateral and regional cooperation with Russia «in all fields not affected by sanctions».

The visit to Oslo by Sergey Donskoy marks the second bilateral ministerial-level meeting between the two countries since 2014. Earlier this year, the Norwegian Minister of Fisheries Per Sandberg went to Moscow for talks.

According to Donskoy, the meeting with Mæland included not only talks on trade, but also on issues related to aquaculture development, hydropower in the Pasvik river and regulation of wild salmon stocks in the countries’ border areas. In addition, the ministers discussed issues related to Svalbard, the Russian ministry informs.

Also in neighboring Finland, political contact with Russia appear to be vitalizing as several ministers from both countries meet for talks. Last week, the Finnish-Russian trade commission, set up at the end of the Cold War, met in Moscow for the first time in three and a half years.