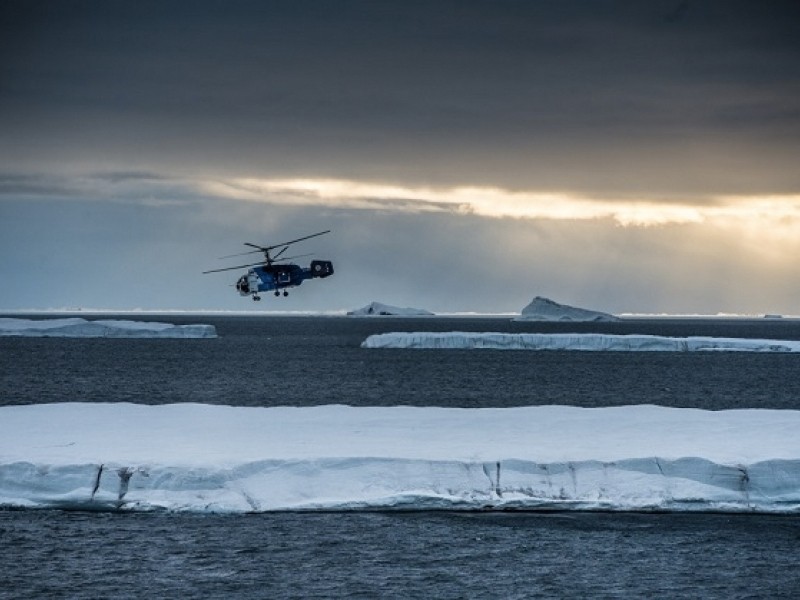 The state company in 2016 over-fulfilled its seismic mapping program by 2,5 times.
Read in Russian | Читать по-русски

Despite low oil price and market uncertainties, Rosneft this year did 35,000 km of 2D seismic mapping in ten of its Arctic license areas, the company informs. In addition, another 5,100 square km of 3D mapping was conducted in four licenses. That is respectively 2,4 and 2,5 times more than required by the license agreements, a press release reads.

Among the license areas explored is the Albanovsky, located south of the Franz Josef Land.  license area was conducted in the period April-July. It is likely that the mapping was executed by the China Oilfield Services Ltd (COSL), an oil exploration company with which Rosneft has a cooperation agreement.

COSL is all of this summer represented in the Barents Sea with the sesimic vessel «Hai Yang Shi You 720».

Rosneft controls a total of 55 licenses on the Russian continental shelf, of which an overwhelming share is located in the Arctic. The company estimates the resource potential of the licenses to 43 billion tons of oil equivalents.

In the course of 2016, the company conducted no well drilling in the Arctic. However, in a joint venture with Statoil, two wells were drilled in the Sea of Okhotsk. In 2017, the company has indicated that it will drill a well in the Khatanga area, off the coast of Taymyr.