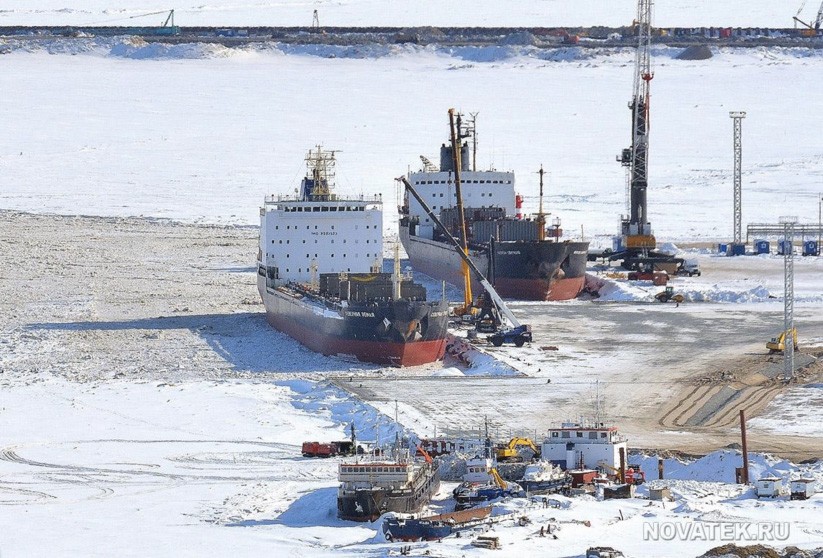 The new Russian Arctic port remains open for shipping all through the year, leader of the regional customs office says.
Read in Russian | Читать по-русски
By

In December, a total of five ships have announced their arrival to Sabetta. Meanwhile, all through the winter season of 2015-2016, only two ships made it to the remote Arctic port, says Sergey Kravchukov, leader of the Yamal-Nenets Customs Office.

According to Kravchuk, the port of Sabetta is becoming an infrastructure object, which can be exploited all year round.

In the summer of 2016, as many as 60 vessels made it to Sabetta from the east, through the Bering Strait, compared with only five in 2015.

The customs leader also confirms that more international shipments are coming up between Sabetta and connecting river ways.

«For the first time, we have experienced that a ship from Korea arrived in Sabetta, reloaded its cargo to a river transporter, which subsequently sailed on the rivers Ob and Irtysh to [the Kazakh city of] Pavlodar», Kravchuk says to TV channel Yamal-Region.

«This is a unique case, and this transport route will be needed in the future».

Another two shipments to Kazakhstan are due to follow the same route in 2017.

The port of Sabetta will be among the biggest in the whole Arctic when ready in 2017. When in full swing, the port might have an annual apacity of up to 30 million tons.

It is built primarily for the nearby Yamal LNG project. However, also other kind of cargo could be handled by the port. In 2016, two shipping operations were made to Sabetta and further along the Ob and Irtysh.