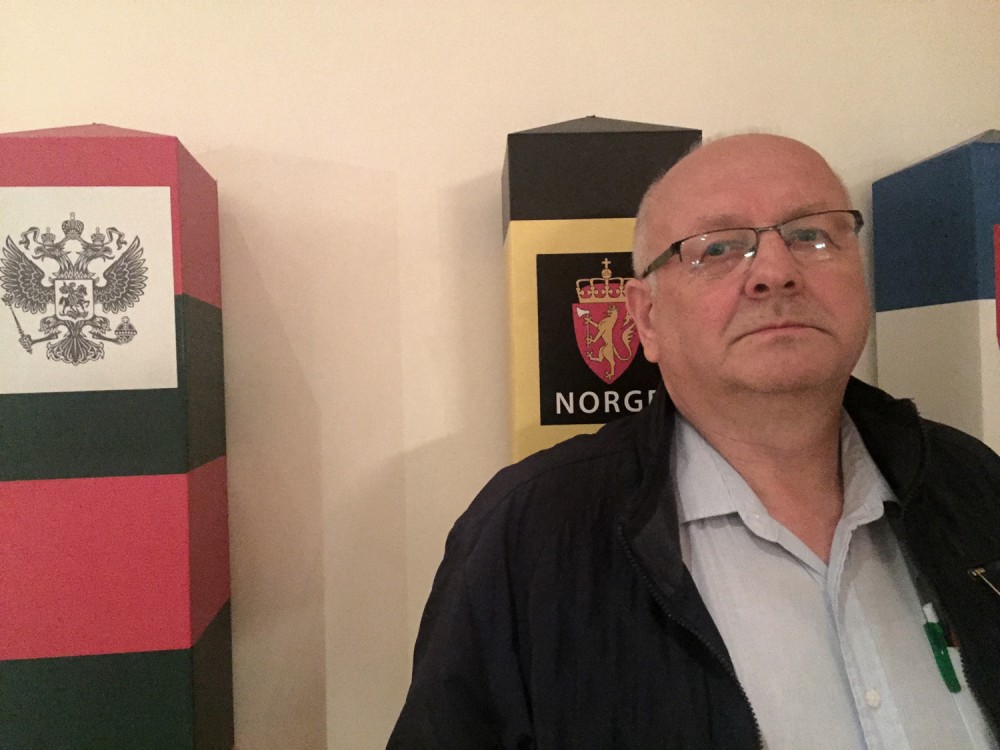 Norwegian businessman Atle Berge invested heavily in Murmansk and made great success. Not everyone liked that.
Read in Russian | Читать по-русски
By

«I suppose someone paid the FSB to get me out of the country», says Atle Berge, the owner of Ølen Betong. He does not want to say who he believes was behind the corrupt scheme.

«I have to protect my sources», he says to the Barents Observer.

Espionage, says FSB
Since July, the businessman has been denied entry to Russia. According to Berge, FSB claims he was engaged in «collecting information» and that his 10-year expulsion is legitimate. The Norwegian calls the allegations «completely absurd» and keeps on fighting for a return to Russia.

Berge has over the last eight years developed Ølen Betong to become the most prosperous Norwegian company in Murmansk. Big sums have been invested in new industrial facilities and a major contract was landed with Novatek, the gas company, over production of concrete modules to the Yamal LNG project. Lately, Ølen has been bidding for new contracts as part of Novatek’s projects Kola Yard and Arctic LNG-2.

Seeking acquittal from Putin
Berge has written five letters to the Presidential administration. A sixth is soon on its way. That might take the form of an open letter, he says.

The problem is that the letters end up in the huge pile of other requests sent to the Russian President from all over the world. If you want a breakthrough, someone will have to pick the letter out of the pile and bring it to the President’s table.

«We have hired a Russian expert, who might be able to get through to the Kremlin, and we consider to file a suit», Berge says.

Meanwhile, the Ølen Betong in Murmansk is managed from a distance. The company owner regularly meets with his Russian staff in Kirkenes, the Norwegian border town. That is not a solution for the long run. «The situation can not continue like this forever. Before the end of the year, we must make a decision on how to proceed», the businessman says.

«My employees in Murmansk are terribly sad, they do the best they can, they see what lies behind the expulsion».

Immature Russian market
Berge established his company in Murmansk in 2008 as the hype over the Shtokman gas field in the Barents Sea peaked and business relations between Norway and Russia were developing positively. Since then, everything has changed. The Shtokman project is history and Norwegian-Russian relations are reaching new lows.

Berge has himself experiences tough times. Three years ago, someone fired a missile through his office wall. His car has been put on fire. And this summer, just few days before his expulsion, the FSB kidnapped him and brutally interrogated him.

«Business in Russia is not mature», Berge underlines

He still sees great prospects in the country. Ølen Betong is in dialogue with Novatek over new contracts. Recently, a new test center for development of Russian concrete was opened. That is based exclusively on the use of Russian raw materials. «We are well positioned, we have the experience needed and know how to make the kind of concrete required», Berge underlines.

The aim is to be able to produce concrete both to the new Kola Yard project in the Kola Bay and the Arctic LNG-2 project in Gydan.

What will happen with Ølen Betong? Atle Berge does not dare say. «We can not live with this uncertainty, we need predictability», he underlines.

«What if my expulsion is only part of a bigger plan, what if I am only a small piece in a bigger game? Who can we send there, who would risk to experience what I have been through?».