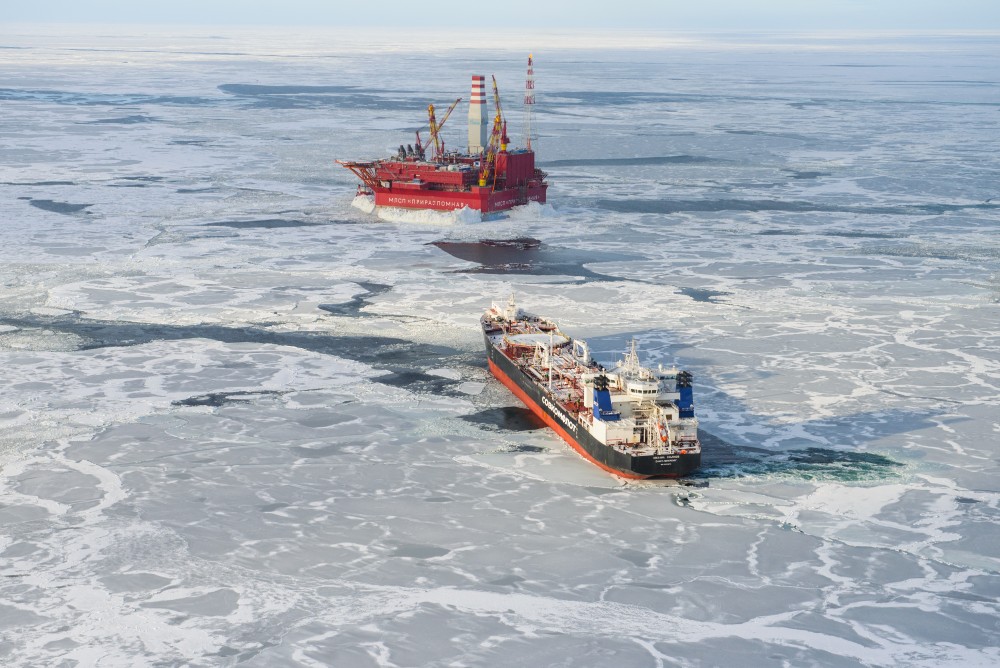 Three years after it started production, Russia’s one and only offshore oil platform in the Arctic reaches 3 million tons limit.
Read in Russian | Читать по-русски
By

The tanker «Mikhail Ulyanov» on 29th November left the platform in the Pechora Sea loaded with Arctic oil. It was the 45th shipload from the Prirazlomnaya, company Gazprom Neft informs.

«Three million tons of extracted oil - this is not only a beautiful figure», says company General Director Gennady Lyubin. «It is evidence of a secure and efficient production on the shelf», he adds in a press release.

According to the company, comprehensive survey of the area shows that environment in the Pechora Sea and the area surrounding the Prirazlomnoye field is not affected by the project.

A zero-emission principle is applied, where all mud flush, waste waters and other waste substances are injected into a special absorption well, the company says.

Production at the Prirazlomnoye started on 23rd December 2013. Oil is shipped by two special tankers to the «Umba» floating terminal facility in Murmansk before it subsequently is exported.