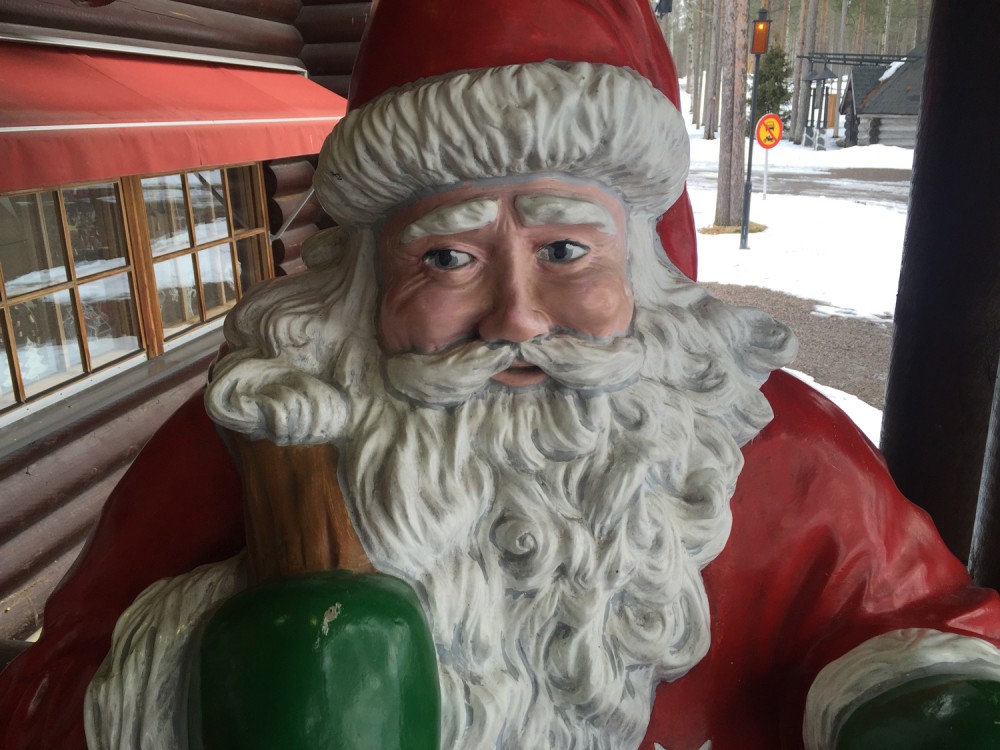 Almost 1,000 planes packed with tourists eager to get a touch of white Christmas have landed in Lapland airports this December.
Read in Russian | Читать по-русски
By

«The planes are full of enthusiastic travellers prepared to enjoy the magnificent tourism opportunities of the north», says Director Joni Sundelin from Finavia, the Finnish state aviation company.

«Our close cooperation with the tourism industry is now bearing fruit”, he adds in a comment.

The popularity of Lapland has steadily increased among tourists as new attractions have been opened and flight routes extended. Lapland is now in winter season served by a total of eight direct international connections from the UK, Germany and Switzerland.

Never before has so many flights arrived to the regional airports. Finavia now aims at bringing a total of one million foreign tourists to Lapland in 2017.

This Christmas season was kicked off in early December with the first flight by Norwegian from London to Rovaniemi, the regional capital. It was immediately followed by Monarch flights from Manchester and London to Kittilä, Finavia informs.

German companies Germania and Lufthansa have both established new routes to northern Finland.

According to Finavia, a total of 503 charter flights have been entered in the charter lists for December, most of them coming to Lapland from the UK. In addition, there will be 48 direct scheduled flights from the UK, Germany and Switzerland. Then comes the 401 domestic flights arriving to Lapland from other Finnish destinations this month.

«Christmas and the winter season is looking extremely good and record breaking,» says Sanna Kärkkäinen, Managing Director of Visit Rovaniemi. Winter tourism to Lapland has a turnover of €700 million and is expected to double to €1,5 billion by 2025, she confirms to the Barents Observer.

Also Oulu, the city located south of the Lapland region, is experiencing strong growth in traveling. According to Finavia, more than 1 million passengers this year used the Oulu airport, which is a new record high.

Warm autumn on the top of Europe