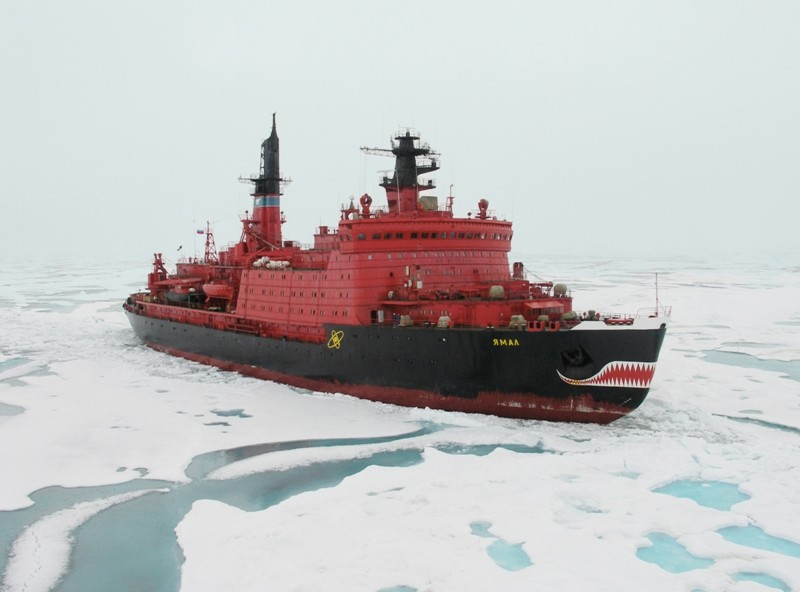 The blaze on board the «Yamal» was extinguished after only few minutes, shipowner Rosatomflot says.
Read in Russian | Читать по-русски
By

The «Yamal» is currently undergoing repair and is placed in a dry dock. The incident took place on 21st December.

The flood lamps are placed by the upper bridge of the ship and are instrumental for the ship’s navigation and operations in the dark Arctic season.

The fire was extinguished after only four minutes by the crew itself, Kashka says. There were no casualties on personnel. A specialist investigation of the incident has been initiated.

The «Yamal» is one of four Russian nuclear-powered icebreakers in operation. It was built in 1989 and has since conducted almost 50 voyages to the North Pole. Like the other Russian nuclear icebreakers, it is based at Atomflot, the port facility in Murmansk.

The ship was also in 1996 hit by a fire. Then, one person was killed, but there were no damage to the reactors.

Rosatom takes on new role in Gulf of Ob