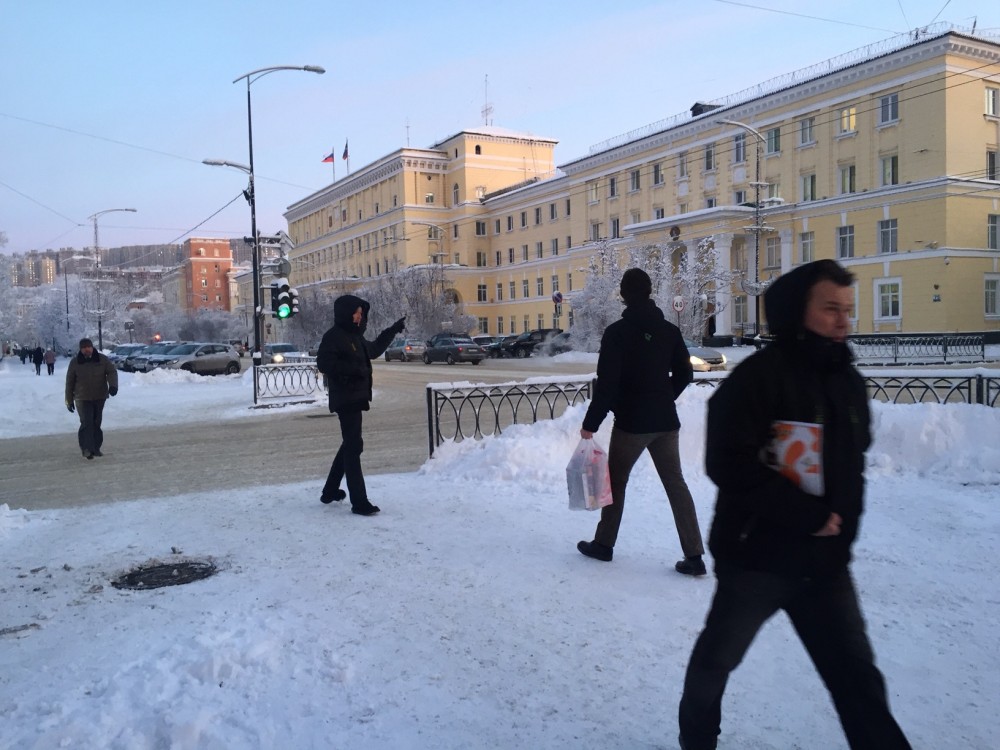 The Russian Arctic region cuts spending, and for the first time in years adopts a budget without a deficit.
Read in Russian | Читать по-русски
By

«We have managed to preserve social and economic stability and prepare the ground for future growth», Governor Marina Kovtun said in her speech on the region’s state of affairs.

According to the regional leader, key economic figures for 2016 point in the right direction. Mineral production and processing was up six percent and power production up 2,6 percent. The transport sector grew by 12 percent and the overall level of investments was up with as much as 20 percent, Kovtun highlighted in the address.

The governor’s sum-up of 2016 was held just few days after the regional Duma, the legislative assembly, adopted a budget which for the first time in many years includes a surplus. The region in 2017 plans to spend a total of 54.770 billion rubles (€850 million), while revenues are estimated to 54.692 billions.

In a comment, chair of the Duma budget committee Boris Pishchulin said the 2017 budget includes the necessary balance, that it guarantees financing for all social obligations and helps cut state debts.

«The priorities of the budget policy are changing; for the first time in many years, we have on the table a zero-deficit budget», Pishchulin says in a press release from the regional Duma.

The budget has a clear social orientation, the politician underlines. About 78 percent of the finances will be spent on social-related issues, among them education and healthcare.

Included in the bill is a clear ambition to reduce region debts, which currently amounts to about 22 billion rubles (€341 million).

Despite an optimistic wrapping, the region’s 2017 budget does illustrates also a highly strained economic situation. Government spending in the new year will be almost two percent lower than in 2016 and salaries might continue to shrink, like they have done over the past two years.

The drivers in the regional economy remain the big industrial companies, among them Norilsk Nickel, Phosagro, Severstal, Rusal and Rosatom. In addition comes the key role of shipping and the Murmansk Sea Port. In 2016, shipping bounced back after two years of setback. Goods turnover in the port over the first eleven months of the year increased to 29,8 million tons, a year-by-year growth by 48 percent, figures from the Association of Sea ports show.

Murmansk is also benefitting from the major investments currently made in the Northern Fleet and the region’s military towns.

Fidel Castro could get an avenue in Murmansk