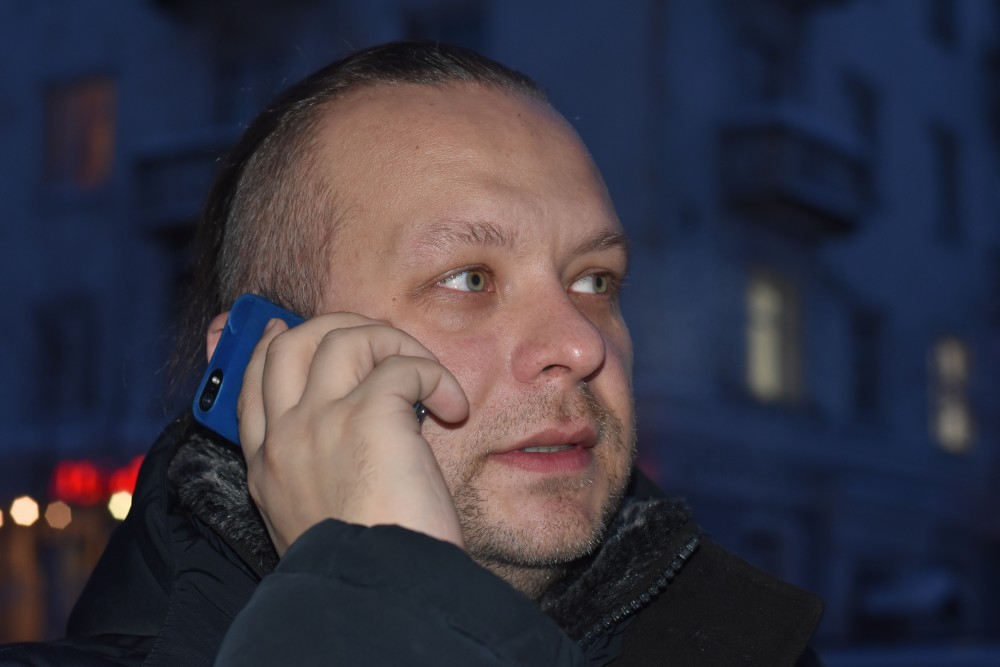 «We have to develop visions,» says IT-programmer Dennis Kreminsky and shares advises to startup businesses.
By

Murmansk is by no means a Russian Silicon Valley, but many talented IT-programmers have walked out the doors from the Technical University in town with good skills.

A challenge for Murmansk, like for many remote cities in the Russian north, is to provide an investment climate for talented experts to start their own businesses. The society is not famous for fostering innovation and private initiatives.

«One of the serious problems in Murmansk today is that people are not thought to think like startups. It is difficult to plan the future in Russia,» says Dennis Kreminsky.

He runs a web development company and has teamed up with other creative IT programmers from different startups over the last 15 years. A local incubator offered free office space where Kreminsky and other entrepreneurs could work together. Advisors and experts were brought in for lessons and regional authorities even offered startup grants up to 300,000 rubles (€4,600).

Today, Dennis Kreminsky has his own office downtown Murmansk.

«Barriers to innovation can be overwhelming in Russia,» he says and explains how he took advantage of looking across the borders to Norway and Finland.

«For website developments, labor costs for high skilled expertise is lower in Russia than in Norway. But having an bank account in Norway is easier and access to markets is better. Not least to meet with and work with people that have visions for their startups,» Kreminsky tells and explains how he changed his mentality in 2013.

«I went to an IT event in Helsinki, and there, on the stage was an old acquaintance that I met and worked with in Finland back in 2001 when both of us developed games for mobile telephones. Those were the days before smartphones,» says Dennis and smiles.

The acquaintance was Ilkka Paananen, co-funder of gaming startup Supercell, known for developing famous games like Clash of Clans and Hay Day. In 2013, two Japanese companies acquired 51% of Supercell for a reported $1,5 billion.

«I was very impressed by him. What could I have done different to achieve this?» Kreminsky asks.

«Russians don’t have this mentality. When thinking about success, the only thing we see is a minister with a big car and several million dollars. We don’t know how to develop a startup in Russia.»

«I recommend others entrepreneurs to team up with businesses in Norway and Finland.   Yes, culture is different and language is a key to success. If you have an idea and a Norwegian company to help you sell the product, success can be made,» says an enthusiastic Dennis Kreminsky.

He calls for more state funded programs for young entrepreneurs across the borders in the north.

“I ask myself many times why not more collaboration happens. It would be very  lucrative for Norwegian companies to hire Russian programmers. Understanding our cultural differences is extremely important to operating across borders.»

Some years ago, Dennis Kreminsky set up his own company in Norway.

«It was hard to enter the market in Norway. I established a one-man company in Kirkenes, but it was not successful. There are still a lot of stereotype images towards Russians. You do need a Norwegian to help you sell. Also, moving to Norway is expensive. So, answer to cross-border business is to set up cross-border joint cooperation businesses where both partners benefit,» Kreminsky suggests.

Periodic waves of mass emigration has been a major challenge all the time since the breakup of the Soviet Union 25 years ago. Today, Russia faces one of the largest brain drain the country has seen since the economic collapse in 1998. Some 350,000 people emigrated from Russia in 2015, according to Rosstat, the country’s statistical agency. That is 10 times more than five years ago.

For the northern regions, like Murmansk, Arkhangelsk and Siberia, brain drain to larger cities like Moscow and St. Petersburg accelerate the problem.

Many have already left Russia

Dennis Kreminsky sees cross-border entrepreneurship as a bright hope for startups in Murmansk. Prospects for domestic economic developments and Russia’s own facilitation for entrepreneurs is, however, not on his top optimism list.

«I think Russia’s worst economic problems remains to be seen. Then, the regions will be hit hardest. Economic resources are in Moscow, and the will eat possible economic transfers to the regions. Unfortunate, a lot of people who share my visions have already left Russia, I’m a bit late,» he says but still hope for entrepreneurs to succeed in the north.

«People in the north of Russia, Norway and Finland are very nice.»