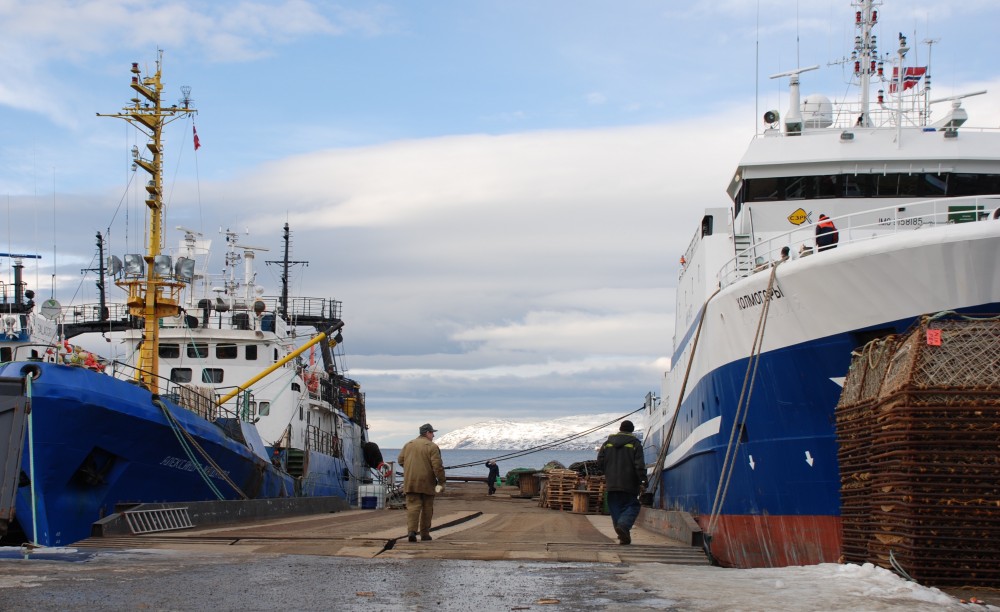 The once so proud and powerful fish port in Murmansk remains haunted by trouble.
Read in Russian | Читать по-русски
By

Port volumes continue to drop, infrastructure is in disarray and a series of corporate conflicts continue to hinder development. In the Soviet period, the Murmansk Fish Port was cornerstone company in the whole region. Not so any more.

The trouble resurfaced once again this week as the First Murmansk Terminal, an oil terminal company renting a mooring area from the Fish Port, decided to block railway transits with fish across its areas.

The Fish Port administration responds furiously and threatens with retaliatory measures. On its website, the port says it is suffering serious economic losses as it is unable to bring the fish from the port to the markets.

We will consider ways to halt the oil transports unless the terminal company stops its blockade and releases detained locomotives, the port representatives say.

The reported reason for the rail blockage is the insufficient technical state of the port locomotives. However, the actual reason is more complex.

Fisheries against oil industry
Soon after the fish port in 2005 entered into its rental deal with the First Murmansk Terminal, the latter demanded a major upgrade of the local railway. Needed investments amount to 500 million rubles, and the Fish Port must pay, the oil terminal company argues.

Both companies are dependent on the railway for its fish and oil deliveries through the area.

The conflict has strained relations in the area. Behind the two companies stand powerful business interests.

Among the people behind the Kupets, the company that in late 2015 acquired the fish port, are Aleksandr Poleshchuk and his associates, newspaper Novaya Gazeta reports. Poleshchuk was previously among the powerful men leading regional fish processing company Sevryba.

Less fish
Meanwhile, the volumes of fish handled by the port continues to shrink. In 2016, the port had a turnover of 178,800 tons, a year-on-year decrease of almost 18 percent from 2015, figures from the port show.

The drop continues into 2017. According to the Russian federal Fisheries Agency (Rosrybolovstvo) catch in the Barents Sea in the first three weeks of the year was down by about 40 percent from the same period in 2016.

Among the main reasons for the drop in deliveries to the fish port are the growing volumes landed in neighbouring Norway and Holland. In 2016, more than 100,000 tons of fish was landed in each of the two countries, the highest volume in years.

However, the key reason is found in Murmansk and the fish port itself. Customs regulations are rigid and bureaucratic hurdles insurmountable. In most cases it is more favourable to land the fish abroad.

Norebo
However, some regional companies still appear to overcome the difficulties. Across the bay from the Murmansk Fish Port lies the brand new fish processing complex of Norebo, the company owned by regional fisheries tycoon Aleksandr Orlov. Opened in September 2016, the facility, which includes the latest processing technology developed in Iceland, is able to produce a daily 40,000 tons of fish products.

On site is a 94 meter long mooring area with a portable crane, the company informs.

After a series of deals and developments, some of them of the dubious kind, the Norebo Holding has become one of the biggest fisheries companies in all of Russia. In sharp contrast to the nearby Fishery Port, it gets stable deliveries from its own fleet of trawlers and operates powerful processing and sales lines.