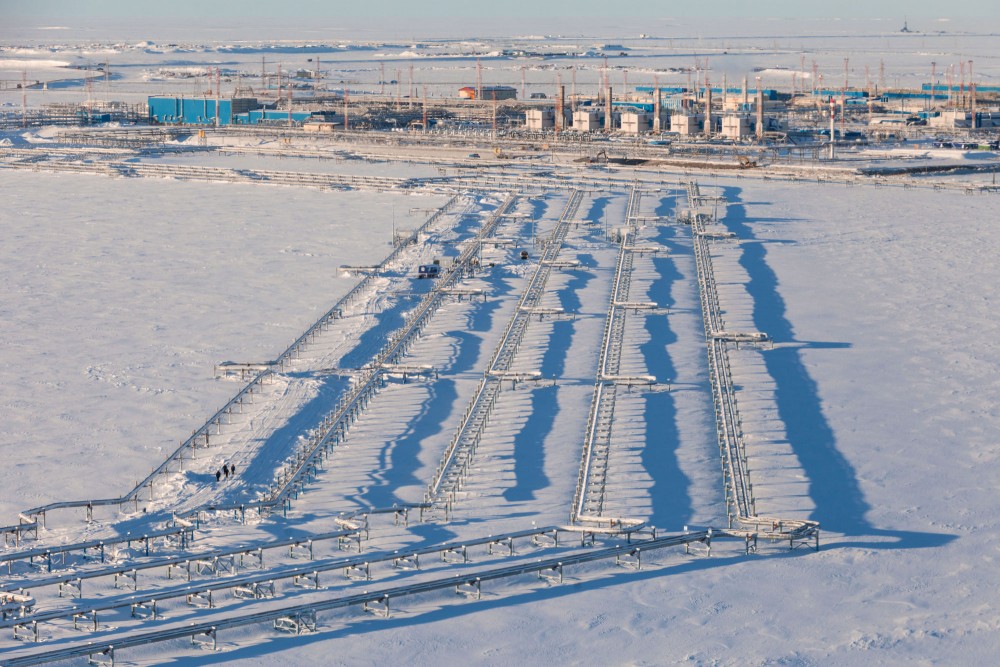 «This is a good day, filled with positive events», the president underlined. In the same video conference he took part in also the opening of two new oil pipelines operated by Transneft.

«This not only a pipe», Putin said. «These are complicated and huge industrial objects», a transcript from the Kremlin reads.

The Bovanenkovo-Ukhta 2 pipeline connects the huge Bovanenkovo fields with the federal gas grid. It is stretched westwards, across the Baydarata Bay and to the town of Ukhta in the Komi Republic. From there, most of the Yamal gas will continue westwards through the Ukhta-Torszhok pipelines and subsequently the Nord Stream pipeline connection.

According to Gazprom head Miller, the new pipeline will increase the flow of gas from the Arctic peninsula to 264 million cubic meters per day. Gazprom will operate the Bovanenkovo until year 2087, he said. Another two gas compression stations will be built and 88 new wells drilled in the area, TASS reports.

The new pipeline complements the Bovanenkovo-Ukhta 1, which since 2012 has brought Yamal gas to the markets.

«A new powerful gas transportation corridor is appearing on Russia’s gas map», Aleksey Miller said in a company meeting in December 2016. «It will have great effect on the schemes of gas flows not only for Russian consumers, but also for our foreign markets», he added.