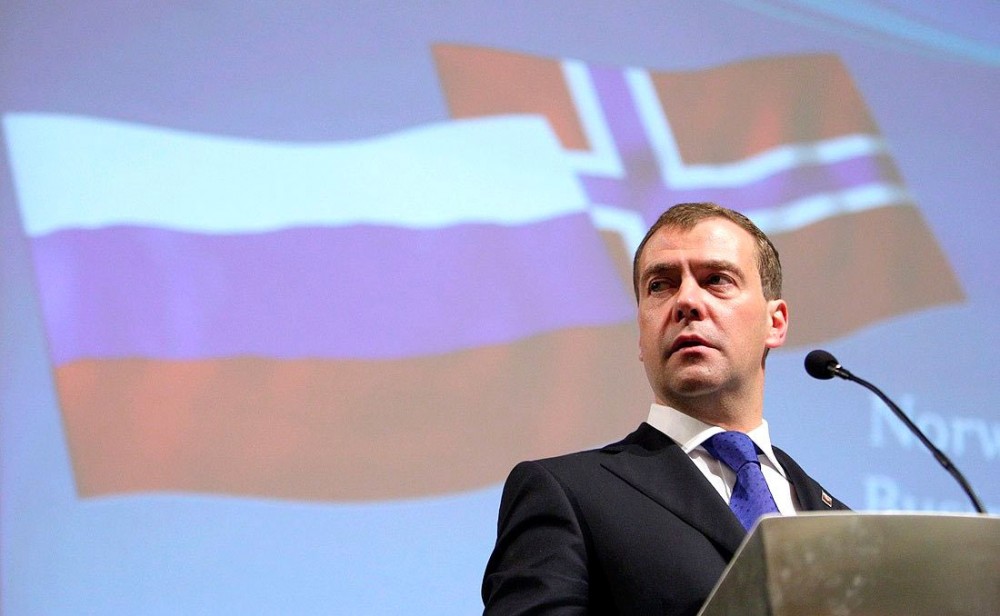 Dmitry Medvedev during state visit to Oslo in 2010. Photo: Kremlin.ru

It will promote cooperation in the field geological exploration, says Prime Minister Dmitry Medvedev.
Read in Russian | Читать по-русски
By

The agreement approved by Medvedev on 18th January prepares the ground for seismic studies all along the two countries’ adjacent maritime areas in the Barents Sea. Seismic vessels will from now on be allowed to move all the way to the borderline with streamers. That will give a better understanding of hydrocarbon resources in the area, the countries argue.

The oil and gas potential in the two countries’s border areas is believed to be substantial. Some believe a major field, an «elephant», could hide in the area.

«This will help strengthen and extend cooperation between Russia and Norway in geological and exploration works», the Russian government website states.

Dmitry Medvedev is well familiar with the region in question. In 2010, during his presidency, he was instrumental in the talks which lead to the signing of the delimitation agreement for the Barents Sea. That ended a four decades-long dispute between the two countries and split a 175,000 square km are into two parts.

Follwing the ratification of the agreement in July 2011, Norway immediately sent seimic vessels into the new area.

The signing of the new seismic deal follows a number of government meetings between the sides. In late November last year, the Russian Minister of Natural Resources Sergey Donskoy was in Oslo for talks with the Norwegian Ministry of Petroleum and Energy. Following that meeting, Donskoy underlined that there is close contacts between the countries over Barents Sea developments.

«We are in the near future likely to sign [also] another important document, the one on exchange of seismic data from the Barents Sea between the Federal Mineral Agency and the Norwegian Petroleum Directorate», Donskoy said.

According to Russian minister, Moscow is also supporting a Norwegian proposal to restart the full-fledged work of a joint working group on so-called unitization, the joint development of cross-border fields.

«Russia is interested in developing projects on energy and extraction on the shelf, consequently our country is very interested in joint activity with Norway in the Barents Sea», Donskoy said, adding that the two countries should seek industrial cooperation also other places on the World Ocean.

During his visit to Norway, Minister Donskoy also paid a visit to Statoil, where he invited the company to engage in new projects in Russia.