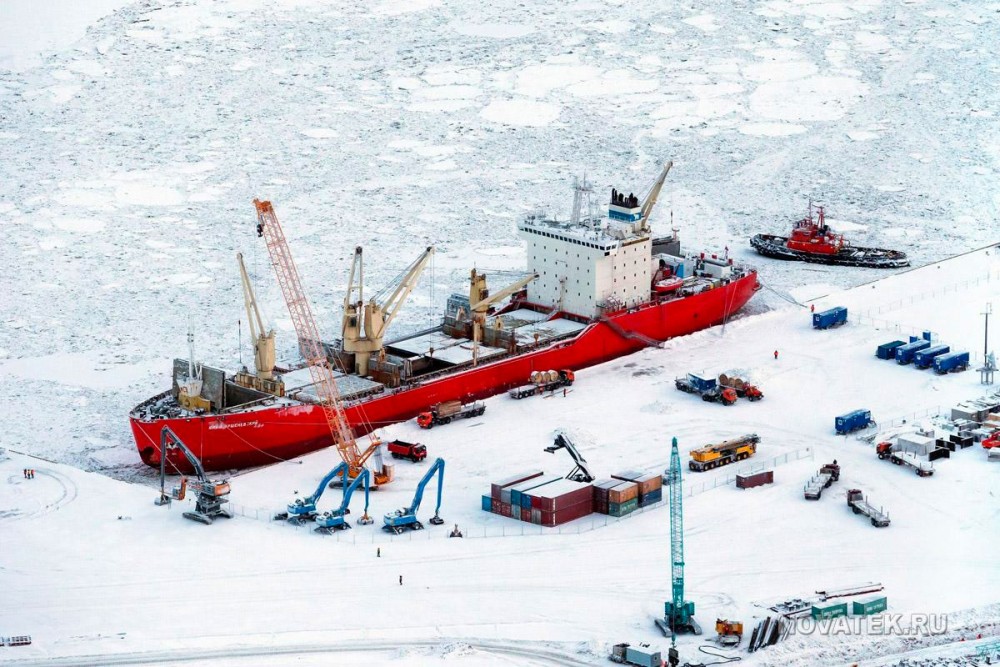 A total of 120 ships delivered foreign goods worth $5.2 billion to Sabetta last year.
Read in Russian | Читать по-русски
By

According to customs authorities in the Yamal-Nenets region the value of the goods customs-declared at Sabetta in 2016 had a fivefold increase from the previous year.

The increase comes as construction proceeds at the nearby Yamal LNG plant. Novatek and its partners intend to get the project in production in late 2017.

A total of 120 ships with goods subjected to customs declaration docked in Sabetta in 2016, more than twice the number of 2015. They delivered a total of 505,000 tons of goods with a value of $5.2 billion, TASS reports with reference to the Yamal-Nenets customs authority.

The deliveries to Sabetta continue also in winter. On January 4th, a ship owned by ZPMC Red Box Energy Services, a Netherlands-based marine-transport services provider, made it to Sabetta as the first cargo vessel to sail heavy construction modules along the Northern Sea Route during the winter months, the Arctic Journal reports.

Russian authorities have invested an estimated 70 billion rubles in the development of infrastructure, TASS writes.

When in full swing, the nearby Yamal LNG plant will produce an annual 16,5 million tons of liquified gas. The LNG will be shipped to buyers both in Europe and Asia, some of it along the Northern Sea Route.