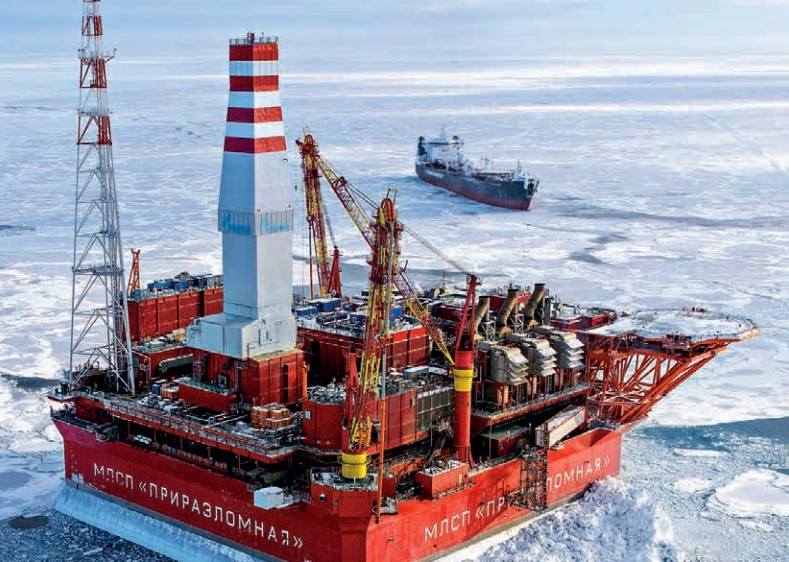 But the installation will still increase production in 2017, Gazprom Neft leader Aleksandr Dyukov says.
Read in Russian | Читать по-русски
By

The closure of the platform, which is du to take place this summer, is connected with the need for technical upgrades.

It is American companies which will be in charge of the operations, Arctic-info reports.

Despite the three-month halt, production at Prirazlomnaya will still increase in 2017. While the installation in 2016 produced a total of 2,1 million tons of oil, it will in 2017 extract up to 2,6 million tons, General Director Dyukov told newspaper Vedomosti.

The Prirazlomnaya is Russia’s only offshore Arctic oil platform. Gazprom Neft launched production in the project in December 2013.

Oil from Prirazlomnaya is shipped by two special tankers to the «Umba» floating terminal facility in Murmansk before it subsequently is exported.

The company, a subsidiary of Gazprom, in 2016 boosted its overall production by seven percent to a total of 85,8 million tons, General Director Dyukov said in a sum-up of the year. The Arctic is the company’s top investment priority and two new Arctic projects were launched for production in 2016; the Novy Port and the Messoyakha.