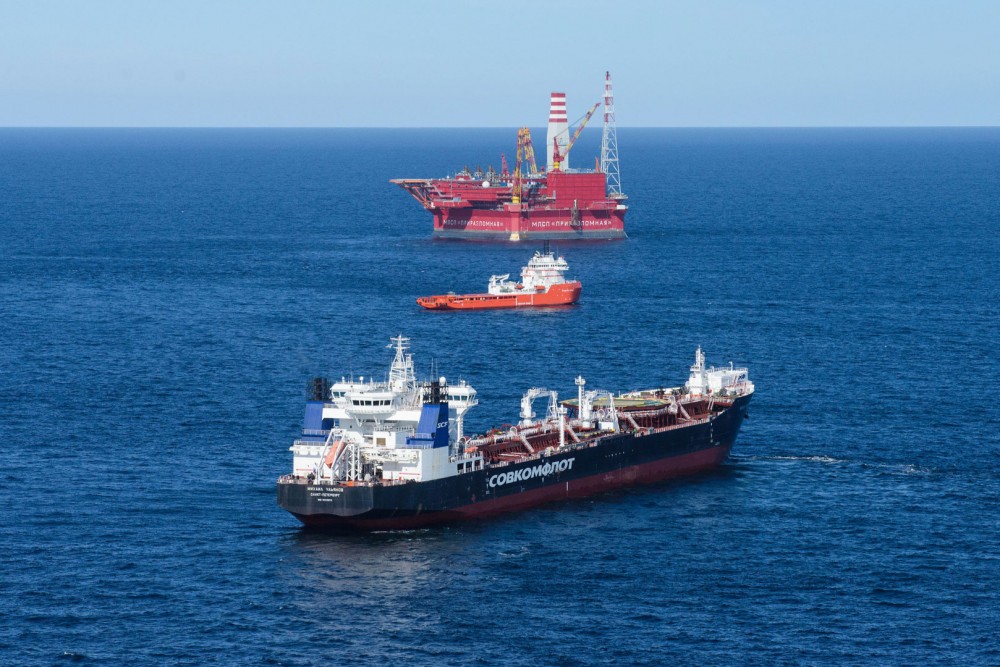 Tankers pick up oil at the Prirazlomnaya platform in Pechora Sea. Photo: Gazprom-Neft

New legislation strengthens the position of Russian-registered vessels in shipping along the Northern Sea Route.
Read in Russian | Читать по-русски
By

The Russian State Duma, the lower house of parliament, has adopted amendments in the federal Law on Commercial Shipping which grants Russian-registered ships additional preferences in domestic Arctic shipping.

The new law states that Russian vessels will be given priority not only in shipping between Russian ports, but also between a Russian port and an offshore installation, artificial island and any other offshore facility located on the country’s continental shelf.

The amendment, available on the website of the State Duma, comes as Russia is developing several offshore installations along its Arctic coast. In the Pechora Sea, Gazprom Neft is operating the Prirazlomnaya oil platform. The same company has installed the Novy Port offshore terminal in the Gulf of Ob. A similar installation is located in Varandey, operated by Lukoil.

«These logistics (schemes) do not come for free», Russian Deputy Transport Minister Sergey Aristov says to the newspaper, a daily operated by the State Duma.

The amendments will help strengthen the coastal fleet sailing under Russian flag and improve the financial situation of Russian shipping companies, he argues.

Russian Arctic shipping is on the increase as several major industrial projects are under development and the Northern Fleet builds a string of new bases along the Russian Arctic coast.