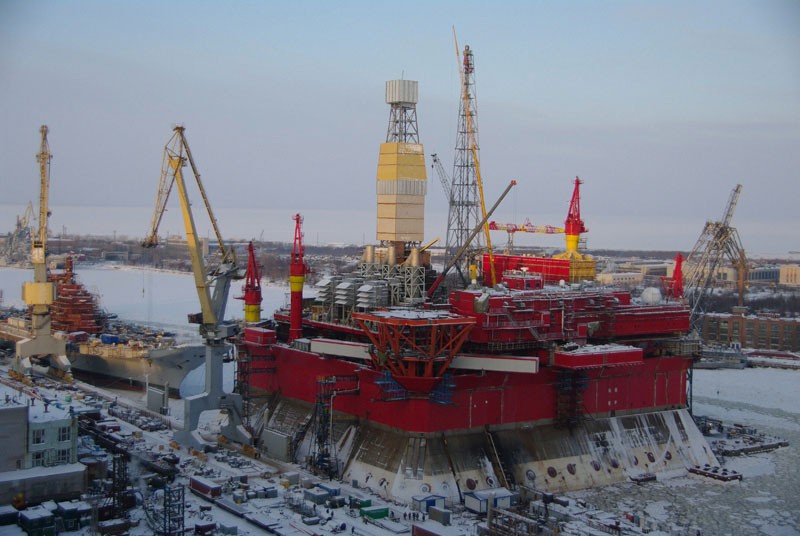 The Prirazlomnaya when under construction at Sevmash. Photo: Sevmash.ru

Gazprom Neft Shelf, the company operating Russia’s one and only offshore Arctic oil platform, the Prirazlomnaya, takes Sevmash to court over a 660 million rubles (€10.2 million) claim.

The oil company argues that Sevmash did not pay for the charter of a tug vessel used in connection with the construction of the Prirazlomnaya, newspaper Business Class reports.

It was Sevmash that built the Prirazlomnaya, the platform which since December 2013 has extracted offshore Arctic oil for Gazprom Neft.

The case will be handled by the Court of Arbitration in Arkhangelsk.

It took Sevmash many years to build the Prirazlomnaya. The platform was in 2010 tugged from the yard in Severodvinsk to Murmansk where it was docked for another year before it was sent to its destination in the Pechora Sea. There, it lay idle in the desolete Arctic waters for more than two years before finally starting production in late December 2013.