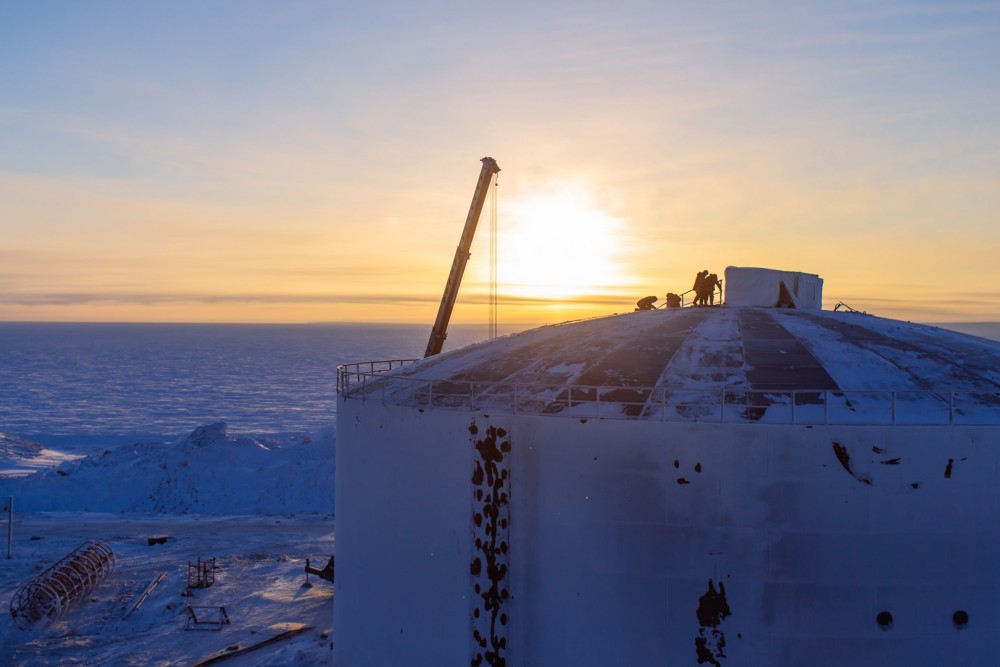 The increase was the biggest in the Yamal Nenets AO where production amounted to 26,87 million tons, up 29,9 percent from the previous year, Neftegaz reports. A key reason for the growth is the opening of new regional fields, among them the Yarudeyskoye and Novoportovskoye fields. In addition comes the East Messoyakha field where production was launched in September 2016.

The latter holds more than 470 million tons of extractable oil and is connected with the new 485 km long Zapolyarye-Purne pipeline.

Also the neighboring region of Nenets AO saw a significant increase in oil production in 2016. Regional fields in the course of the year produced a total of 15,7 million tons, which is an increase of about 1 million tons (7,4%) compared with 2015, the regional government informs. A key reason is the higher production at Prirazlomnoye, the offshore field in the Pechora Sea. A total of 2,1 million tons was extracted at the Prirazlomnaya in 2016, operator Gazprom Neft says.

Also the Komi Republic in 2016 increased its oil production, albeit more moderately than the neighboring regions. Regional production amounted to 15,1 million tons, which is 1,4 percent more than in 2015, Neftegaz reports.

The Komi Republic is the only of the three Arctic oil-producing regions which also has significant refinery capacity. In 2016, oil processing saw a major decline of 26,8 percent. Production of petrol was down 14,3 percent, and diesel fuel by 29,4 percent.

Natural gas production in the three regions remained almost on the same level as in 2015. The Yamal-Nenets AO extracted a total of 509,3 billion cubic meters, which is up 0,3 percent from the previous year. The region is Russia’s most gas-rich. It includes the Yamal Peninsula, the main investment area of gas companies Gazprom and Novatek.

The Komi Republic produced 3,7 billion cubic meters of gas, a year-to-year increase of 5,6 percent, while the Nenets AO gas production was only 304,400 cubic meters. The latter region has no out-transportation of gas, it is all used for heating in local settlements and for the oil industry itself.

Russia’s total production of oil in 2016 amounted to 547,3 million tons, an increase of 2,7 percent from 2015, figures from the Russian Ministry of Energy show. Natural gas production was 555 billion cubic meters, the same level as the previous year.

The Russian oil production is likely to shrink in 2017 as the country has committed itself to cut extraction in a deal with OPEC. The Russian cuts could amount to 300,000 barrels per day.