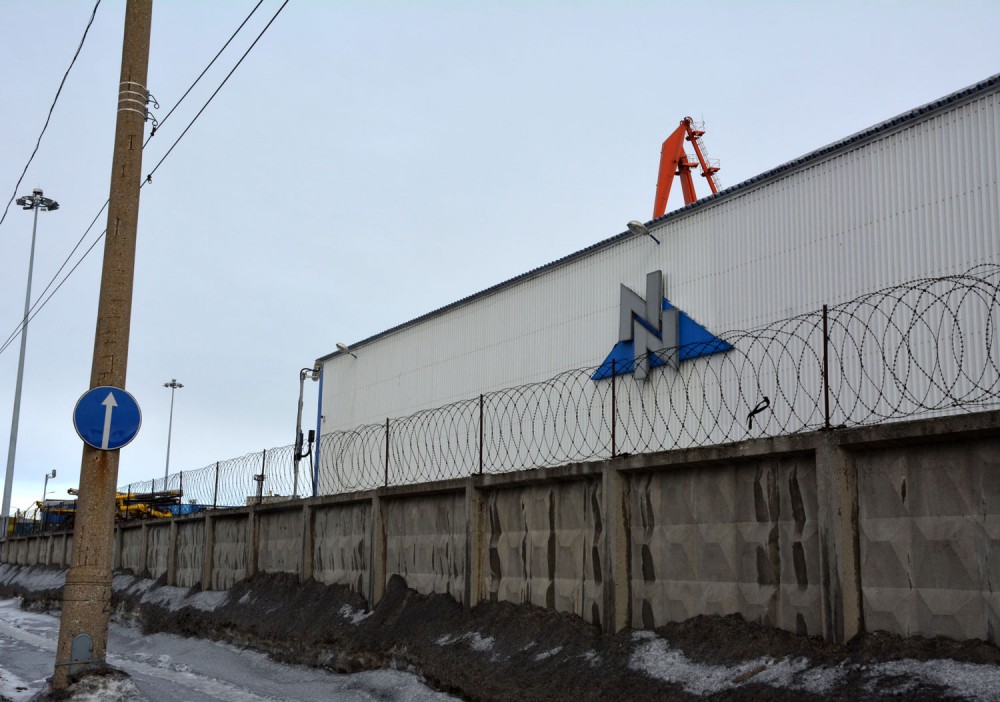 It shows the importance of the Northern Sea Route, company representatives underline.
Read in Russian | Читать по-русски
By

Distinguished guests assembled on the Murmansk waterfront this week as mining and metallurgy giant Norilsk Nickel opened its new and modernised terminal facility. The new infrastructure will enable the company to double shipments between Dudinka, the port on the Yenisey River, and Murmansk.

«With this, we complete one of today’s biggest investment projects in the Arctic», Senior Vice President Sergey Baterkhin said in the opening ceremony.  «It shows the importance of the Northern Sea Route as key transport route for Norilsk Nickel and the company’s determination to invest in enhanced transport accessibility in the Arctic», he added, a press release reads.

The new terminal will increase the company’s goods capacity in Murmansk to 1,5 million tons, up from the previous 780,000 tons. The mooring points are equipped with cranes which can lift up to 80 tons, and a 100,000 square meter storage facility has been built.

Project investments amount to 2,4 billion rubles. Construction works have been going on since August 2015.

At the same time as the company opens the new Murmansk terminal, it also signs an upgraded agreement with Rosatomflot, the company which manages the Russian fleet of nuclear-powered icebreakers. The agreement includes icebreaker services to the Norilsk Nickel shipments between Dudinka and Murmansk.

The company needs the more powerful terminal capacities in Murmansk after it last year closed its oldest and most polluting plant in Norilsk, Western Siberia. Nickel matte from that plant will now instead be transported to the Kola Peninsula and processed at the company’s plants in Monchegorsk.

Norilsk Nickel has over many years invested heavily in its autonomous Arctic infrastructure. In addition to the port facilities, the company has its own fleet of ice-class vessels.

The company in 2016 shipped 1,262 million tons of goods from Dudinka, an increase from 1,174 million tons in 2015, TASS reports. A total of 69 shipments were made, of which 11 were sent directly from Dudinka to European ports.