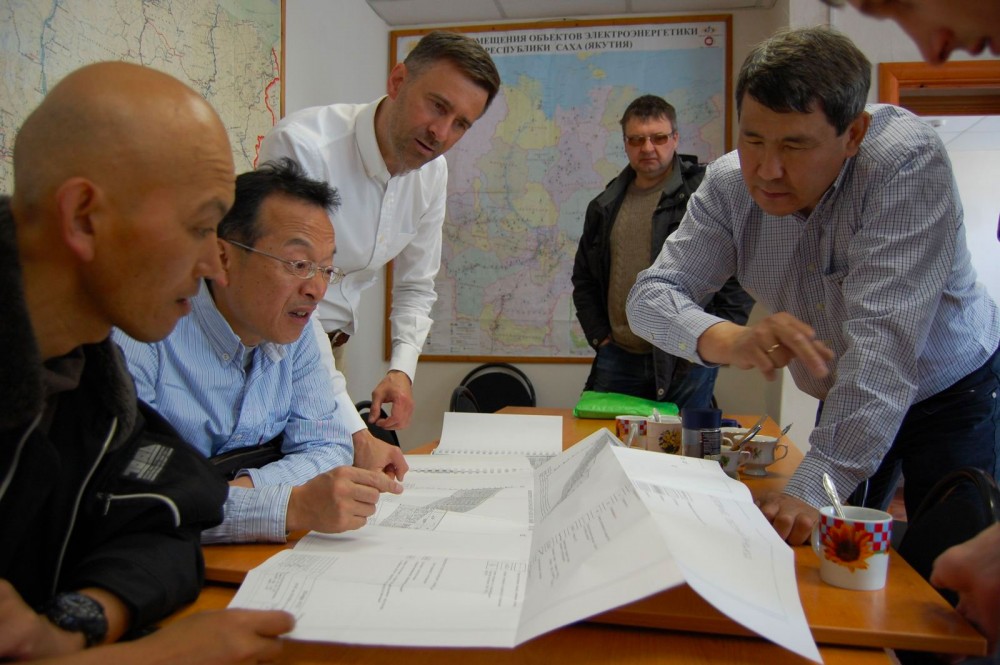 Preparations are underway for the erection of wind turbines in the town of Tiksi.
Read in Russian | Читать по-русски
By

The town located on the Russian Arctic coast, where the River Lena runs into the Laptev Sea, will soon be charged with green energy from wind power generators.

In a first development phase, three turbines, each with a capacity of 300 MWh will be placed on site. The plan is to have the park up runing in the period 2017-2018, regional authorities in Yakutia inform.

It is the Japanese company Komaihaltec Inc, which will build the wind park. Investments are provided by company Mitsui & Co.

The winds in Tiksi can reach up to 35 meters per second. The average wind in the area is 5,8 m/s, local authorities say.

A Japanese delegation was on site early March this year to assess the location, Yakutsk.ru reports. The best place with the most suitable ground has now been identified, the wind park developers say. The three turbines are to erected on a site a few kilometers from the Tiksi town.

Like major parts of the Yakutia region, Tiksi is today dependent of energy produced by expensive diesel fuel.

“Therefore, the republic is constantly looking for alternative energy sources, and first of all wind and solar power”, regional leader Yegor Borisov says in a press release.

Tiksi is the adminstrative center of the Bulunsky District, Sakha Republic. It is located on the shore of the Buor-Khaya Gulf of the Laptev Sea, not far from the Lena River delta. The settlment has a population of about 4,500.