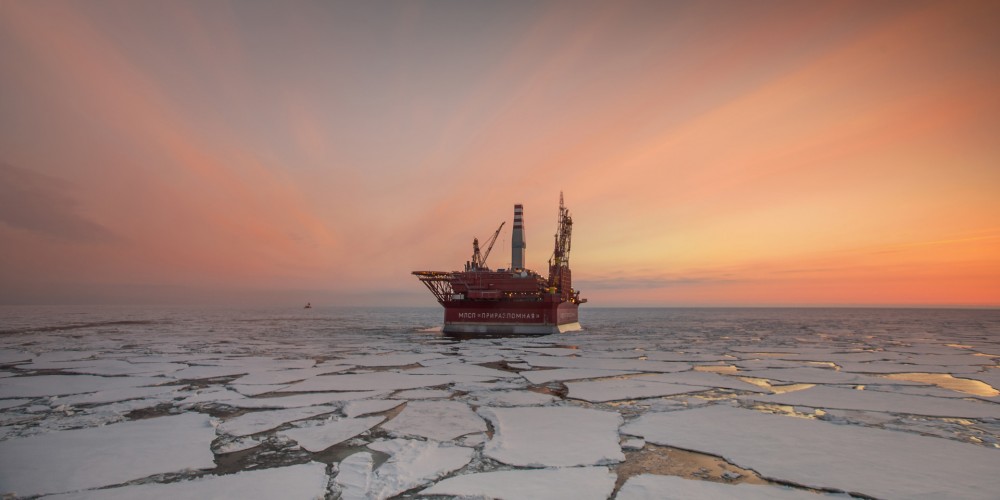 A memorandum signed by the companies includes an ambition to take joint activities in Arctic waters.
Read in Russian | Читать по-русски
By

The memorandum of understanding signed by the two companies’ top leaders was made in the presence of Deputy Prime Minister Dmitry Rogozin and Energy Minister Aleksandr Novak during the recent Arctic Forum in Arkhagnelsk.

«The document confirms the interest of the companies to join efforts in the development of project on hydrocarbon production on the Russian shelf», a press release reads.

The agreement includes exchange of technological, production and commercial solutions in Arctic shelf development and prepares the ground for joint exploration and production in offshore fields.

According to Gazprom Neft, the cooperation includes license areas in the Pechora Sea, the Kara Sea and the Chukchi Sea, among them the Dolginsky, Severo-Zapadny, Kheysovsky and Severo-Vrangelovsky fields.