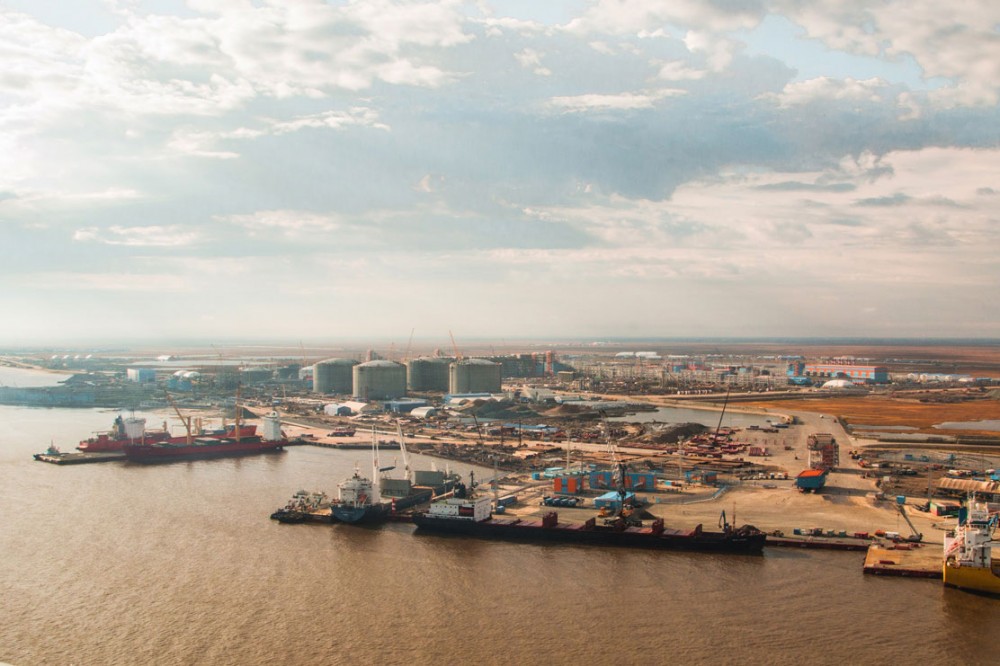 Sabetta, the sea port in the Yamal Peninsula. Photo: Yamallng.ru

How to make this Arctic gas plant look beautiful?

Novatek invites artists to decorate the storage facilities of its Yamal LNG.
Read in Russian | Читать по-русски
By

Arctic landscape as long as the eye can see. The flat land of the Yamal tundra stretches endlessly along the coast of the Kara Sea. On the ground are huge areas of wetland, under the ground - vast reserves of natural gas.

This is where Novatek, the Russian gas company, over the last years has been building the Yamal LNG plant, an installation which now rules the horizon on the northeastern part of the peninsula.

The gas plant, which is due to start production later this year, will look beautiful, Novatek has decided. In a tender announced on the company website, the gas producer invites artists to bid for a €20,000 plant decoration project.

The key objects are the four gas storage reservoirs, each with a capacity to hold 160,000 cubic meters. Space for decoration is plentyful. According to the company, as much as 160,000 square meter of surface is included in the project and there is space for separate graphic elements as big as 4,500 square meters, the tender announcement says.

Among the company’s proposed themes for the art design project is «gaining Arctic strength», «working towards results», «Arctic energy for people», «harmony between people and nature» or «LNG as art».

Projects must be submitted by 26th May and the winners will be announced  already by 7th June. Each winner will be granted a sum equivalent to €5,000.

When in full swing, the Yamal LNG plant will have the capacity to produce an annual 16,5 million tons of LNG, all of it extracted at the nearby South Tambey field. The project also includes the development of the Sabetta port, a major infrastructure hub on the eastern shore of the peninsula.

The LNG will be shipped to buyers both in Europe and Asia, some of it along the Northern Sea Route.