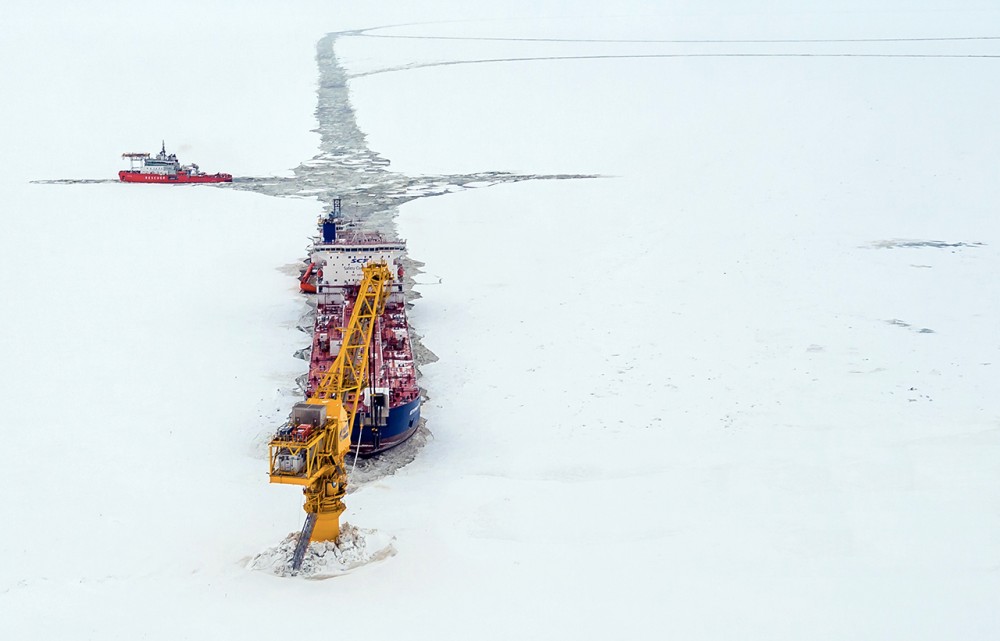 All through winter, tankers loaded with Arctic oil have made their way to a floating terminal facility in the Kola Bay.
Read in Russian | Читать по-русски
By

The 259 meters long, 34 meter wide «Shturman Albanov» in early May arrived in Murmansk with another load of oil from Novy Port, the new oil field in the Yamal Peninsula. It marked the 5th million ton of oil delivered from the field, operator Gazprom Neft informs.

In the course of the last 12 months, a total of 196 shiploads of oil have made from Yamal to Murmansk. Shipping company Sovcomflot now has three brand new Arc7 ice class tankers dedicated to shipments from the new Arctic field.

The «Shturman Albanov», «Shturman Malygin» and «Shturman Ovtsyn» were all delivered by Samsung Heavy Industries to Sovcomflot in the course of 2016. Another three vessels of the kind are to be delivered to the company. They will all be employed in shipping between the Novy Port and the Kola Bay, where the terminal tanker «Umba» is serving as transit storage point. From the Kola Bay, bigger tankers deliver the oil to international markets.

When all six tankers come into operation, Gazprom Neft will be able to ship as much as 450,000 tons of oil per month all through the year from the field. The lion’s share of it will be sent to the «Umba».

The Novy Port is located in the southern part of Yamal Peninsula. Oil is pipelined from the field to Cape Kamenny on the shore of the Gulf of Ob and further to the Arctic Gate, a terminal facility located in the middel of the shallow gulf.

The first summer shipment from Novy Port was conducted in August 2014 and the first winter shipments subsequently in February 2015. In late May 2016, the Arctic Gate installation was put in operation, consequently increasing the out-shipment capacity from the field to an annual 8,5 million tons.