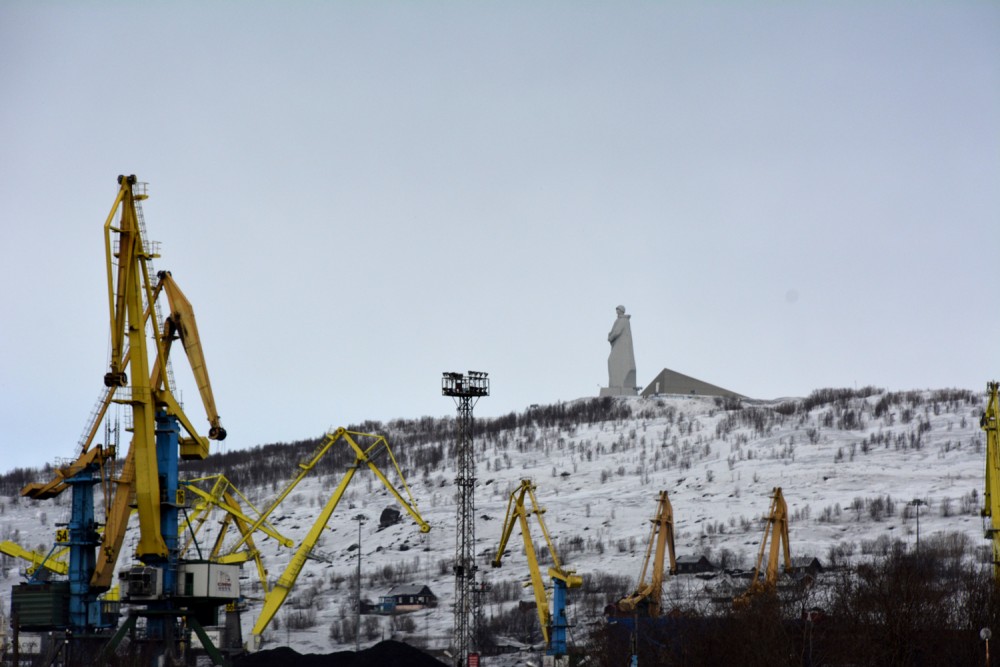 More than 80 million tons of goods will by year 2020 flow through the port of Murmansk, Russian Prime Minister Dmitry Medvedev declares. However, his cash-strapped treasury threatens to put the project in stalemate.
Read in Russian | Читать по-русски
By

«If we succeed in doing what we have discussed today, then the annual port turnover in Murmansk will reach 80 million tons by year 2020,» the prime minister said in a recent meeting devoted to Arctic infrastructure development.

That is more than a doubling of the current goods volumes. In 2016, the Murmansk port handled a total of 33,4 million tons, figures from the Russian Sea Port Association shows.

The meeting, which took place in Murmansk, addressed several major projects along the country’s Arctic coast. But it were the developments in the Kola Bay which attracted the main attention of the premier and his ministers.

«The development of port capacities in Murmansk are among the measures needed to fulfil the orders of the President to re-orient shipments away from ports in the Baltic states», Transport Minister Maksim Sokolov told the meeting participants, a transcript reads.

The expansion of the Murmansk port will be made possible thanks to the ongoing infrastructure developments along the western shore of the Kola Bay. A 46 km long new railway line is under construction and will open up for new industrial activity and new ports in the area.

The infrastructure project called the Murmansk Transport Hub is reportedly today about 30 percent finished. It is to be ready for full-fledged operations in year 2020.

In the meeting in Murmansk, Minister Sokolov stressed that the Transport Hub project depends on private investors and that the 2020 timeline might not be met unless a private-public partnership model is successfully applied.

According to the minister, an additional 24 billion rubles are needed for the completion of the railway line.

In order to cover the investment deficit, the government is proposing to lean on a principle of «take or pay», and that private investors attract funding for construction of federal property objects with guarantees that they later will be reimbursed.

According to Sokolov, an agreement in the project might be signed with coal trading company Mercuria in the upcoming St.Petersburg Economic Forum.

The new Murmansk railway line will end in the settlement of Lavna where a new coal terminal is planned built. Nearby, Novatek, the gas company, is planning to construct its new plant for manufacturing of modules for LNG plants.