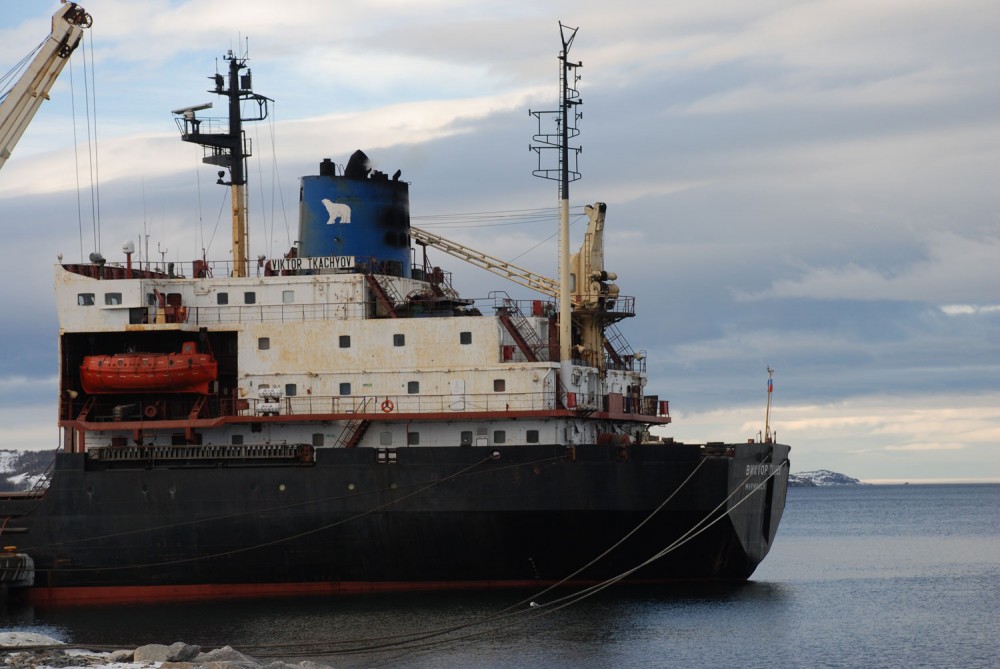 As collateral, the shipping company is offering the bank everything that it has - 13 vessels, all of the shares in the company, three buildings with land and communications.

This is a significant amount of money as it represents about 10 percent of the budget for the entire Murmansk region. However, it is unclear who might have made this estimate or how they came up with these figures. In the list of assets, it is quite interesting to note the bank’s idea of the current market value of the assets. For example, the hotel Moryak is valued here at 293 million rubles (€4.6 million). This hotel has been for sale for several years for 400 million but no one has shown any interest in it. Perhaps bank evaluations are simply lower than what is presented on the real estate market.

The most beautiful building offered in the deal is the shipping company museum at Volodarsky 6. This building is listed at only 105 million rubles (€1.65 million) but if I remember correctly, the building is an

architectural monument and is also currently under consideration as the new Norwegian consulate.

The passenger ship «Claudia Elanskaya» is valued at 363.6 million rubles. The ice breaker «Zapolyarye» is shown to be worth 564 million rubles. Two cargo ships, the «Grumant» and the “Pomorye” are valued at 520 and 533 million rubles respectively. And the company’s newest ship, the “Vsevolod Beletsky” (formerly «Christoffer Oldendorff») is currently valued at 403 million rubles. A full list of the properties listed and their market values is available on a click.

Whether this loan is an attempt at real business development (they do have a long list of contracts, for example), an attempt at looting some “Stolen plunder” or just one more story of stealing money via future bankruptcy remains to be seen.