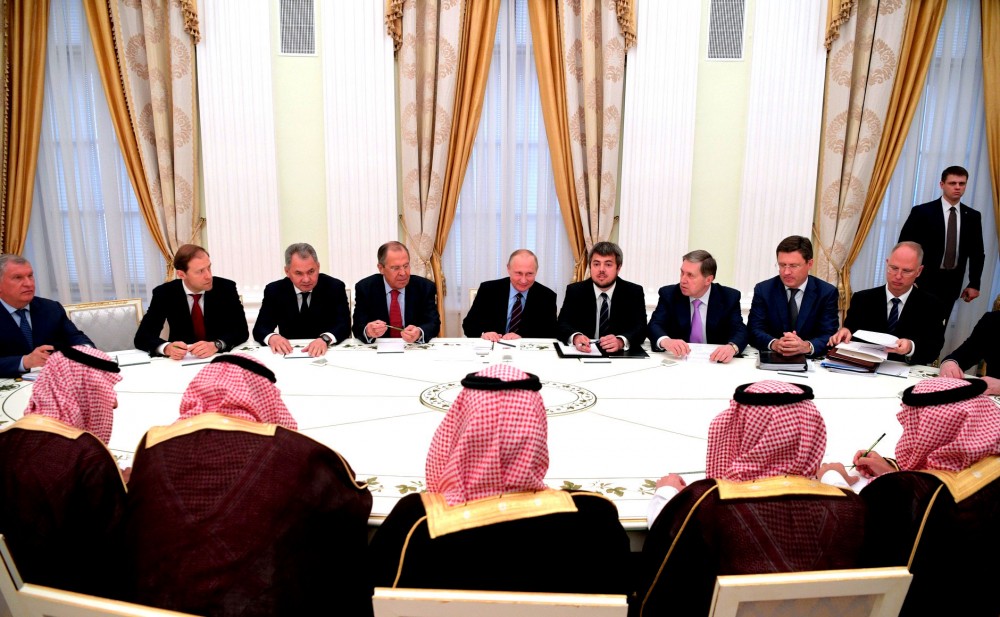 Talks in Moscow between Russia and Saudi Arabia. Photo: Kremlin.ru

A joint Russian-Saudi investment fund is in the making. Novatek’s projected Arctic LNG could be the first to get funding.
Read in Russian | Читать по-русски

Russian Minister of Energy Aleksandr Novak confirms that the two countries are working on the establishment of a joint financial mechanism for investments in energy projects.

«We hope that this can be done shortly», Novak says to news agency TASS.

As part of the two countries’ intensified cooperation is a planned a visit of Saudi government officials to northern Siberia where Novatek is in the process of planning its second major Arctic LNG project. The Arctic LNG-2 is planned built in the Gydan Peninsula, on the wide-stretched tundra lands along the eastern banks of the Ob Gulf. Nearby is the Yamal LNG, the grand project which is to come into production in course of 2017.

«We are actually planing such a fact-finding expedition, it will all depend on whether our Saudi colleagues will have time», Novak adds to TASS.

A similar visit was reportedly attempted organized in connection with Saudi energy minister Khalid A. Al-Falih’s visit to the St. Petersburg Economic Forum in late May. Then, however, the trip was cancelled because of bad weather, Rambler News reports. Al-Falih is also chairman of national oil company Saudi Aramco.

«I told [him] about the plans of Novatek, we discussed possible cooperation and we offered them to consider participation in our perspective projects», Novatek leader Leonid Mikhelson told Rambler News.

The talks over the Arctic LNG-2 projects come as Novatek wins control over the license to the Gydan gas field. The license area holds an estimated 4,7 billion barrels of oil equivalents and is located near one of Novatek’s other major deposits in the area, the Utrennoye license.

A high level of contacts have recently been pursued by Russia and Saudi Arabia. On 30th May, Saudi Deputy Crone Prince and Minister of Defense Muhammed bin Salman Al Saud paid a visit to Moscow where he met with Russian President Vladimir Putin.